Data show the majority of patients who initiated crizanlizumab remained on therapy, while a third of patients saw barriers including insurance coverage. 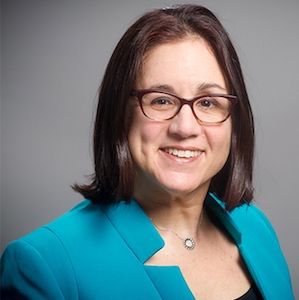 Since vaso-occlusive crises are considered the most common acute complication of sickle cell disease, the anti P-selectin monoclonal antibody crizanlizumab is an approved disease-modifying therapy for patients with sickle cell aged ≥16 years to reduce its frequency.

In order to better identify crizanlizumab use and impact, the National Alliance for Sickle Cell Centers (NASCC) conducted a retrospective study of patients prescribed the agent from November 2019 - June 2021.

Led by Julie Kanter, MD, Director, Adult Sickle Cell Program, University of Alabama at Birmingham, a team of investigators observed that while the majority of patients who initiated crizanlizumab remained on therapy, a third of patients surveyed had lack of effect or barriers to care, including insurance complications.

The study consisted of 2 separate parts. The first part evaluated the NASCC center crizanlizumab practice and summarized data on insurance approval, as well as the frequency of drug discontinuation. The second part of the study included pt level data in order to evaluate reasons for discontinuation and acute care utilization pre- and post-therapy.

The index date for each pt is defined as the first crizanluzumab infusion date. Investigators used chart review in electronic health records to identify all acute care visits 12 months pre-index and ≤12 months post-index, analyzing it in aggregate.

Additionally, an evaluation of center-specific use of crizanlizumab, time to initial site level formulary approval, and drug discontinuation were analyzed by Kanter and colleagues. Ongoing pt level data collection is aiming to include sufficient time post index date.

Data show the mean time from site-level approval to first infusion was 77 days (0 - 394), with over 50% of sites receiving insurance denials due to insufficient medical necessity or medication not covered by prescription plan. However, sites successfully appealed denials for 71% of patients.

The infusions were performed for 30 minutes and the majority (64%) did not use pre-medication, unless patients had reactions. It was noted that some of the sites used diphenhydramine/acetaminophen or normal saline and ketorolac, while all sites prescribed crizanlizumab to patients of all genotypes of sickle cell disease.

Out of a total of 297 patients prescribed crizanlizumab, 238 patients received ≥1 infusion. Data show a variation in number of patients per site (mean 21, range 6 - 73), as a result of site-level approval, insurance, and the patient population.

Further, Kanter and colleagues discussed how the evaluation of real-world efficacy measured by changes in acute care utilization, including a sub-analysis, pre-treatment vaso-occlusive crisis burden and concomitant HU use is pending feasibly dependent on sample size.

As the first multicenter, real-world analysis of crizanlizumab, investigators noted the findings did demonstrate barriers to therapy, with a third of patients having lack of effect or barriers to care with crizanlizumab.

“Post-approval therapies for rare diseases must undergo real-world evaluation to ensure study results translate to the community,” they wrote.

The second part of the study was said to give an early insight into the effectiveness of crizanlizumab, while a long-term follow-up will be necessary to understand the full utility in sickle cell disease.

“Early Evaluation of the Use of Crizanlizumab in Sickle Cell Disease: A National Alliance of Sickle Cell Centers Study,” was presented online by ASH.