Positive findings for the envelope support some of the first indications that a preventive measure could address cardiac surgery infection rates.

Antibacterial envelopes are responsible for a significantly lower incidence of cardiac implantable electronic device (CIED) infections, according to results of a 7000-patient trial.

The absorbable, antibiotic-eluting envelope designed to reduce the rate of infection commonly associated with CIED implantations led to an infection incidence of less than 1% in patients observed in a real-world setting. The findings could have serious implications for the 1.5 million-plus patients administered new CIEDs annually—whose greatest risk of care is post-placement infection.

Investigators, led by Khaldoun G. Tarakji, MD, MPH, an electrophysiologist in the Department of Cardiovascular Medicine at the Cleveland Clinic, sought a primary endpoint of infection resulting in CIED system extraction or revision, long-term antibiotic therapy due to infection recurrence, or death within 12 months-post procedure.

Secondary endpoint, for safety measures, was procedure-related or CIED-related complications during the same time period.

These positive findings for the envelope support some of the first indications that a preventive measure could address cardiac surgery infection rates. Investigators noted there has been limited evidence for prophylactic methods, beyond preoperative antibiotics. Even that method, though, has lacked large, multicenter trial data.

“In a trial of 1000 consecutive CIED procedures at a single center, intravenous administration of cefazolin before the procedure reduced the risk of infection by 81%,” investigators noted. “More recently, an unblinded, cluster-randomized, crossover trial (Prevention of Arrhythmia Device Infection Trial [PADIT]) was conducted to assess the effect of incremental prophylaxis antibiotics before, during, and after the CIED procedure.”

The PADIT trial, however, prohibited the use of a CIED envelope, and resulted in statistically insignificant findings.

In an interview with MD Magazine® while at the American College of Cardiology (ACC) 2019 Scientific Sessions this year, Tarakji explained the WRAP-IT findings showing a reduced risk of infection without any increased risk of post-procedure complication are remarkable for the envelope.

“So we have a therapy that has proven to be effective, and at the same time it's safe,” he explained. “What we learned in WRAP-IT was, in general, the infection rate was lower than we expected.”

Though WRAP-IT was conducted in 25 countries, patient enrollment was limited to 100 patients per facility in order to ensure inclusivity for high- and low-risk patients. Tarakji said follow-up assessments will include a large cohort to find the total count of major device infection for each group over 12 months, as well as measures for envelope feasibility for patients.

“We're going to learn more about the risk factors that accompanies infection, and there's a lot of forthcoming data involving the cost-effectiveness of using the envelope and minimizing the risk of infection,” Tarakji said. “And that's hopefully coming in the near future.”

The study, "Antibacterial Envelope to Prevent Cardiac Implantable Device Infection," was published online in the New England Journal of Medicine. 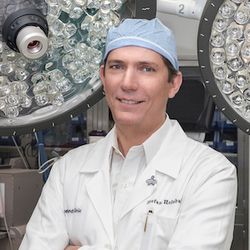 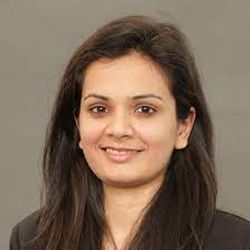