Challenges With Topical Treatments in Psoriasis

Neal Bhatia, MD, discusses patient adherence as one of the challenges with topical treatments in plaque psoriasis.

Neal Bhatia, MD: Many of the challenges of traditional topical therapies that have gotten us here so far come back to both safety and the tolerability of the vehicle. If you think about average patients with psoriasis, the first thing they say is they don’t want to be covered with goopy ointment. They don’t like foams or solutions that either may sting on the scalp or may leave a gooey texture. Even more so, they’re tired of multiple vehicles for multiple places. Ideally, many patients just want 1 vehicle they can put everywhere. On the same side, they want something they can use for the long run but also see a sprint effect. There have been many surveys done where patients will give up on therapy if they haven’t seen results in the first 2 weeks, and they’ll look at what they are getting. “I’m getting a steroid, again? Have I seen this before?”

Then the other part of the equation is the combination of the two; are the vehicles preserving the active ingredients and are they safe for the long run? We’ve seen a lot of benefits with some of the combination therapies, like halobetasol and tazarotene. We’ve seen the benefits of calcipotriene and betamethasone. These are all very safe drugs. The flip side is that patients are tired of steroids. They want to try something new. I think the opportunities with some of these newer agents for these patients, not just because of the vehicles, but also the way they absorb into the plaques as well as the amount of improvement and sustained improvement we’re seeing, I think gives us a lot of opportunity.

Treatment adherence is a challenge for both adults and children, obviously, and adolescents even more so. I think for the age group between 12 and 18, part of the problem is they’re getting used to the idea of having psoriasis because of what it has in terms of impact, not only on their psychosocial self-assessments but also the way it feels on the skin with itching and dryness and scaling. At the same time adults, especially patients with scalp psoriasis or genital psoriasis, for example, really feel self-conscious about their disease, and adherence may be something that motivates them, but there’s also a sense of topical fatigue, where they run out of gas, and they get tired of all the effort of putting things on.

What happens is you’ll see where patients have tried and failed multiple vehicles, not because of their efficacy but because they just didn’t stick with them. There’s a lot of encouragement that has to happen, but we don’t want to see patients back too soon to remind them to use their drugs. We want to see them back to make their assessments with them. It’s almost better sometimes to keep calling on them every so often, maybe, or have a nurse check on them and say, “How are you doing?” Because unlike in clinical research where they have to fill out diaries, the patients are given prescriptions and we say, “Off you go.” We often don’t want to see them back until maybe 3 months because we don’t want them to use their co-payments and deductibles to see us instead of using them to get the therapies that will benefit them. At the same time, there’s still a threshold when we say, “OK, well topical therapies aren’t doing it. Maybe we need to add something.” These are all decisions made by the dermatologists who are following them. What worries me sometimes is the adherence can be so bad that those patients switch dermatologists midstream rather than taking the time to have faith in their therapies. 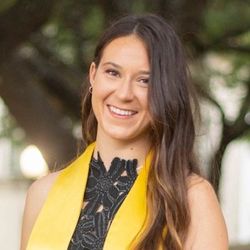