As Americans population ages, yet becomes more health conscious, has the average patient suffering from Afib changed in recent years?

With 2.7 million Americans impacted, atrial fibrillation is one of the most common conditions cardiologists have to treat. Yet, as America's population ages, many are becoming more health conscious. Has the "average" patient with atrial fibrillation remained the same?

Chirag Barbhaiya, MD, cardiac electrophysiologist and assistant professor of medicine at NYU Langone Health, sat down with MD Magazine® to discuss some of the challenges facing cardiologists.

MD Mag: How has the average patient with Afib changed over recent years?

Barbhaiya: That's a great question I mean it's hard to say what the typical patient for Afib is. I mean clearly as the population ages we see more and more patients with Afib that are elderly but, we also have better screening and patients are more plugged in with these wearables and implantables that it is getting picked up in patients that are younger as well. So, really on both ends of the spectrum we're seeing more of the arrhythmia and in terms of what that means for our practice related to it, while we emphasize the prevention aspects and the lifestyle aspects to avoid progression of the disease we also have lived by the dictum that Afib begets Afib.

So, it's very clear that the more time that a patient spends in Afib the remodeling that occurs — the structural and electrical changes that that happen over time— make it that much more challenging to achieve rhythm control if a patient has been in Afib for an extended period of time and so because of that we do tend to intervene sooner in the process than I think historically the motive practice used to be. So, according to the current guidelines it is reasonable to proceed with an Afib ablation before a patient even tries an antiarrhythmic and in what that is borne out of is that antiarrhythmics are not necessarily the safest medications in the world. They're not particularly efficacious and, in the subset of patients in whom they are tolerated and they do work, it is an indefinite addition to their medical regimen and so given the polypharmacy that exists particularly in the older population that is something that is nice to avoid.

You know, the one other thing I think is worth adding with regards to Afib for a primary care population is that, when I was a medicine resident we kind of lived by the AFFIRM trial that there really is no difference in outcomes between rate control and rhythm control and therefore it is reasonable to just do rhythm control for patients and being on the more interventional side of this I have a few insights that I've gained are that you know what that trial looked at was really minimally symptomatic patients, patients that were willing to be

randomized and didn't mind being in Afib. So, while there's plenty of literature that suggests that even in those patients we should consider intervening I think that from a primary care perspective one of the most important things is trying to determine whether a patient is symptomatic or not. So, kind of like in CPR you're not dead until you're warm and dead, in

Afib you're not asymptomatic until you're in sinus rhythm and you have demonstrated that you do not feel better than you did in Afib.

So, there's plenty of patients that show up in persistent atrial fibrillation and say ‘Doc I'm asymptomatic.’ Well, 9 out of 10 times when that patient is cardioverted and put into sinus rhythm they don't realize that they've just kind of adjusted and gotten used to what it is like to live in Afib and so I think every patient deserves that trial to try to see whether their quality of life would be substantially improved by being in sinus rhythm before they are kind of relegated to a rate control strategy because once patients go down that road it is much harder to get them out of Afib and effectively maintain sinus rhythm. 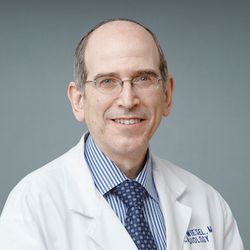 Building the Blueprint to Resolve the Obesity Crisis