An analysis of health records indicates that smoking is not associated with joint damage in psoriatic arthritis patients. 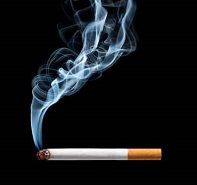 An analysis of health records indicates that smoking is not associated with joint damage in psoriatic arthritis patients.

Investigators prospectively followed 1,107 subjects who participated in an observational cohort between 1978 and 2014. They evaluated each patient’s smoking status at baseline — i.e. each patient’s initial treatment for psoriatic arthritis &mdash; and put each patient into 1 of 3 categories: non-smoker, past smoker or smoker. They then compared joint damage at each subsequent appointment among the 3 groups, defining clinical damage as “limitation of movement of more than 20% of the range that is not related to a joint effusion, the presence of flexion contractures, fused or flail joints, or evidence of surgery in a particular joint.”

The patient population was 55.6% male and had, a baseline, a mean age of 46 years, a mean duration of psoriasis of 17.4 years and a mean duration of psoriatic arthritis of 8.4 years. The majority of the cohort — 63.2% &mdash; had never been smokers when they first received treatment, while 24.4% were past smokers and 12.4% were current smokers. What’s more, 7.9% of the patients already had joint damage at baseline and 26% of them had dactylitis.

“Males, HLA-B*27 positivity, higher age at diagnosis of psoriatic arthritis, clinical damage at baseline, dactylitis and swollen joints were associated with a higher probability of developing clinically damaged joints whereas current and past-smokers at baseline were associated with a lower probability of developing clinically damaged joints compared to nonsmokers,” the investigators wrote in an abstract they presented at the Congress of the European League Against Rheumatism.

“A gradient of increase in disease activity was observed from never smokers to former smokers to current smokers during the 2 year of observation, defined by number of swollen joints, tender joints and visual analogue scale for pain (P<0.001, P=0.02 and P=0.005, respectively),” the authors of that study wrote.

Smoking has also been found to worsen outcomes among men with osteoarthritis. A 2007 study published in the Annals of Rheumatic Disease followed 159 men with symptomatic knee osteoarthritis for 30 months, comparing magnetic resonance imaging at baseline and at the study’s conclusion to measure disease progression.