Clinical Implications and Evidence for the Treatment of Sickle Cell

Nirmish Shah, MD: The importance in understanding that we have a new drug is that it’s new, and so we need to understand what the real-world evidence is outside of a controlled clinical trial. Detailed by Elliott Vichinsky, MD, and through the HOPE trial, we see data now out to 72 weeks—which is reassuring that it’s stable—increasing hemoglobin by 1 g/dL and significantly improved versus placebo. What are prescribers doing and what are the benefits we’re seeing on a larger scale in practice? One of the abstracts that I was involved with looked at just over 1300 patients from a claims-based database, and tried to evaluate all the patients that were prescribed this, and look at trends before and after the prescription of Oxbryta [voxelotor].

Some of the trends that were notable were 1) for the patients who did have pre- and post-hemoglobin levels measured, it was very much in line with what the HOPE trial is, that’s reassuring; 2) if you look at transfusions before and after, this is interesting because you would think that patients who are on Oxbryta would get fewer transfusions. Now, if you look at claims-based data, you can actually see that. You can see that there’s about a 45% reduction in transfusions, and this is for any patient with over 1 transfusion in the past, prior to initiation.

Then, the last thing is because there’s a lot of discussion and importance in understanding what the effect would be on VOCs [vaso-occlusive crises], the same thing again holds true. If you look at patients with VOCs, again, at least 1 VOC in the past prior to initiation, you see a statistically significant decrease in VOCs post-initiation of Oxbryta. The totality of that information is it’s important to continue to follow this real-world evidence, and one way is to look at claims-based data because it’s very easily accessible and can give you some good trends.

The other abstract that I was involved with was to look at the beginning of prescription patterns; who were we prescribing this to and also try to validate the information from the HOPE trial. I work with 5 centers to look at both pediatric and adult patients. We had 60 patients in total here, and we found that, on average, the hemoglobin levels that we were initially prescribing to were about 7.4 g/dL. But the data interestingly are pretty similar to what I just described. We see that the hemoglobin does go up by about 1 g/dL and that we’re starting our doses, as suggested, at 1500 mg. The vast majority of patients are continuing on therapy, but we also do see some trends toward a decrease in transfusions and VOCs. All of this information is reassuring, just like the 72 weeks of data—that the information and data we have are continuing to hold true. I think that is, as a provider, important to see.

The ASH [American Society of Hematology] annual meeting was tremendous in showing a lot of interesting drugs that are being evaluated for sickle cell disease, and that this is a new age. We have a good number of therapies being evaluated as disease modifiers with gene therapy. So, I’m really excited for our patients because up until a few years ago we just had hydroxyurea, and having these discussions for patients where hydroxyurea is inevitably not enough, we were looking for options. To find that we have multiple options coming down the pipeline, and already have good therapies in place, we reviewed the data with Oxbryta, for our patients it’s a good situation to be in and making me quite optimistic about where we’re going with sickle cell care. 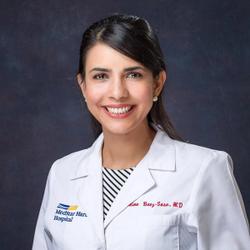 Valentina Baez-Sosa, MD: The Blood Crisis is a Huge Concern 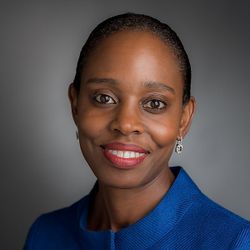