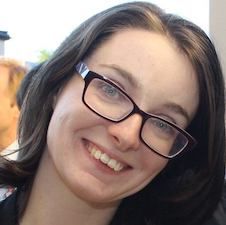 A new investigation from the United Kingdom detailed how clonal tracking through whole genome sequencing (WGS) allowed for detailed mapping of the genomic landscape of patients with sickle cell disease, both pre- and post-gene therapy.

The study was presented the American Society of Hematology (ASH) Annual Meeting and Exposition.

Previously, whole genome sequencing had been used to map the clonal dynamics of hematopoietic stem and progenitor cells (HSPCs) through the utilization of spontaneous somatic mutations as unique clonal tags.

These tags allowed for the analysis of individual stem cell clones and the construction of phylogenetic trees mapping out stem cell relatedness, with mutations being acquired in a near-linear fashion over the course of an individual’s life.

Hull and colleagues noted that the quantity of data obtained in these studies were well-suited to understanding genomic changes in gene therapy trials aimed at curing diseases such as sickle cell disease.

Sequencing data had also been used to define mutational signatures for HSPC clones that have been successfully gene-modified.

For their study, Hull and investigators mapped the clonal dynamics of HSPCs obtained from pre- and post-gene therapy samples from 4 patients with sickle cell disease who had undergone autologous gene therapy.

Investigators reported that that the mean mutation burden per cell in a pre gene therapy sample was elevated for select patients with sickle cell disease when compared to what would be expected based on a patient’s age.

The structure of the phylogenetic trees also appeared to be highly polyclonal in pre-gene therapy samples, indicating no significant clonal expansion events prior to gene therapy.

Hull and colleagues observed approximately 15-20 excess mutations per HSPC across the entire genome 24 months after transplantation in 1 patient where extensive profiling took place.

They hypothesized that the excess mutations were acquired as a consequence of gene therapy or reconstitution post-transplantation.

However, no clonal expansions or driver mutations were identified at this 24-month follow-up.

This suggested that no strong selective advantage or pre-leukemic events were present prior to or following the gene therapy protocol.

With the success of their current study, Hull and colleagues suggested the approach be considered in larger studies.

“Extending this approach to a wider range and larger number of patients will allow for comprehensive mapping of the genomic landscape and clonal evolution of stem cells in sickle cell patients and will also set the stage for improved assessment of safety and potential leukemia-initiating events in the context of gene therapy,” the team wrote.