A randomized trial found no benefits â€” and several large drawbacks â€” in the use of ablations guided by focal impulse and rotor modulation in patients with atrial fibrillation. 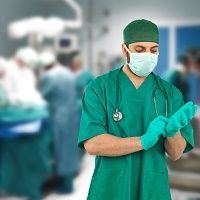 A randomized trial found no benefits — and several large drawbacks &mdash; in the use of ablations guided by focal impulse and rotor modulation (FIRM) in patients with atrial fibrillation (AF).

FIRM ablations, which have now been performed for 5 years, use a catheter and a patented algorithm to find and remove electrical rotors in the heart that create AF. Facilities participating in the trials found rotors in all FIRM ablation patients. (They found a mean of 4 ± a standard deviation of 1.2 rotors per patient in the FIRM-only patients and a mean of 4.2 ± 1.7 rotors per patient in the FIRM plus pulmonary vein isolation group.)

Several earlier non-randomized studies had found evidence that FIRM ablations might out-perform other procedure types, but the new randomized trial was not the first to question the benefits of FIRM.

Investigators led by Roland Tilz, MD, presented disappointing findings last year at the Scientific Sessions of the European Heart Rhythm Association. Tilz’s group followed 25 patients who underwent FIRM ablation using a 64-electrode basket catheter and found that FIRM ablation terminated or slowed AF in only half of all patients and that the condition recurred in 25% of patients after 1 year.

The results of the new trial, which was stopped for futility, may be bad enough to significantly reduce usage of FIRM ablations, even if tweaks are made to the technology.

"Unless there is a new version of rotor mapping that I feel is significantly different, probably in my lab and probably in the lab of other . . . investigators, this will be the end of rotor ablation with this system," said Andrea Natale, MD, who spoke about the findings during the Heart Rhythm Society’s 2016 Scientific Sessions. "I think the community is kind of split between the believer and the nonbeliever; I am not [a believer]."