Rajesh R. Tampi, MD, MS, discusses the evolved interpretation of neurocognition, and how its spectrum of symptoms impact clinical development.

Dementia has been a persistent and sometimes treatment-elusive burden on the aging US population for decades. And while no singular treatment nor drug class has emerged as a therapeutic solution for condition, experts have made great strides in identifying targets for treatment and their relevant investigative agents.

In the first segment of an interview with HCPLive during the American Psychiatric Association (APA) 2022 Annual Meeting in New Orleans this week, Rajesh R. Tampi, MD, MS, professor and chairman of the department of psychiatry at Creighton University School of Medicine, discussed the current prevalence of dementia in the US.

"It’s a major public health problem, and it is something that we should try to bring under better control,” Tampi explained. “It’s probably not entirely preventable, but at least one-third of dementia cases can be prevented by lifestyle modifications.”

Though dementia has recently become more prevalent in developing countries and on a slight decrease in the US and Europe, it’s still met with universal confusion over its absolute impact on patients.

“People think that dementia is a memory disorder,” Tampi said. “It’s not. It’s actually a neurocognitive disorder. That’s why the DSM-5 does not have the term “dementia” anymore—it’s called either mild or major cognitive disorder.”

Tampi also reviewed the various etiologies of dementia, the most common of which is Alzheimer disease, as well as what he called the “A-B-Cs of dementia”: activity, behavior, and cognition. “What we know is that over 90% of patients of individuals with dementia will present with some sort of behavioral problem,” he said.

Without a single indicated treatment from the US Food and Drug Administration (FDA), dementia clinical research is often challenged by the condition’s wide spectrum of behavioral and psychological presentations; there is no “silver bullet,” as Tampi explained.

“There are a lot of treatments that are being tried for the cognitive changes associated with dementia,” he said. “Adacanumab, the monoclonal antibody which the FDA approved for use in the mild neurocognitive stage in Alzheimer’s disease, but it generated a lot of controversy because many experts felt that the outcomes were not strong enough for it to get expedited approval.”

“I think the future lies in long non-antipsychotic treatments,” Tampi said. “I think there are other classes of medications that people are going to find more beneficial. But I think the bigger bang for the buck is NCTs and monoclonal antibodies. I think those have the highest chance for success.” 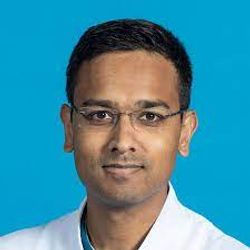