Many previous studies have shown that smoking causes lung cancer, but a recently published report explained that heavy smokers with diabetes also have an increased risk of death unrelated to lung cancer.

Many previous studies have shown that smoking causes lung cancer, but a recently published report explained that heavy smokers with diabetes also have an increased risk of death unrelated to lung cancer.

The study, soon to be presented at the annual meeting of the Radiological Society of North America (RSNA) in Chicago, assessed the risk for all-cause, lung cancer, and non-lung cancer mortality among people with and without diabetes from data collected in the National Lung Screening Trial (NLST).

Among the 53,212 patients enrolled in the NLST trial, 5,174 reported having diabetes at the time of screening. The participants were primarily older in their 60s, had a higher BMI than non-diabetes patients, and reported more “pack-years” of smoking.

Kavita Garg, MD, professor of radiology from the University of Colorado- Denver, said in a news release, “In our study, we found a statistically significant link between diabetes and all-cause deaths, non-lung cancer deaths, and lung cancer deaths in women.” During the course of the study, there were 3,936 total deaths — 1,021 from lung cancer and 826 related to non-lung cancer.

Based on the study results, the team concluded, “We found that diabetes doubles the risk for all-cause mortality and non-lung cancer mortality among heavy smokers. We also found that women with diabetes have an increased risk of lung-cancer mortality, but did not find the same effect in men.”

Despite these preliminary findings, the team has continued their research efforts to better understand the root cause. In the mean time, they encourage physicians to open the dialogue with their patients who smoke to “take control” of their diabetes and undergo lung cancer screenings.

Viagra Can Help Cardiovascular Health in Men With Type 2 Diabetes 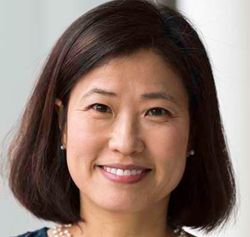