Transcript: Dawn Velligan, PhD: When providers aren't cognizant of relapse very early in the treatment of schizophrenia, it's a problem. People should always understand that this doesn't have to be a chronic relapsing condition. People are having 8 or 9 relapses on average within 5 years. That's unacceptable. In any other field of medicine, we would not be complacent and accept that. We need to be aware of relapse from the beginning and work very hard to prevent it. It isn't good for your brain to have a psychotic relapse. It isn't good for your role functioning to have a psychotic relapse. We need to do everything possible to prevent it, and consistent medication can prevent that. If someone misses oral doses of medication and stops taking them and doesn't come to see you for a month, they're already likely to be in the midst of a relapse. You can prevent that from happening if you know they didn't show up for their shot today. Let's do some outreach. Go find them. Let's go talk to them. You can stop that inconsistent use of medication much earlier because you know when it starts.

It’s important to do what you can to prevent relapses. An LAI [long-acting injectable] is one of the most important tools we have as providers. LAIs keep people on consistent medication so that they can stay stable.

John M. Kane, MD: Patients and families should be aware that this is an option, but I would suggest that it should be presented as not just an option, but it should be presented as a recommendation. If we say to somebody, “This is the way we treat your illness. This makes the most sense to treat your illness.” It’s similar if you go to a cancer hospital, the likelihood is that they will offer you a protocol and they’ll say, “This is the way we treat your type of cancer.” Most people will respond to that by saying, “OK, I appreciate this recommendation.”

We need to take a similar approach when we treat schizophrenia and say, “This is the way we recommend that your illness be treated.” In my opinion, a long-acting formulation should be part of that, and it changes the nature of the dialogue. It creates a routine, and it gets back to the conversation that if the medication is indicated, and if we want the person to be on that medicine for a relatively long period, a year, 2 years, then we should be thinking about how can we ensure that the person gets the benefit of the medicine.

There are a number of studies that show in first-episode patients, after they leave the hospital, they stop taking their medicine. More than half of them have stopped taking their medicine within a few months. But if someone is on a long-acting formulation we have a better chance of keeping them on their medicine, or at least we’ll know when they stop it. Another problem with the oral medicine is we don’t know what’s going on because it’s very hard to tell. With long-acting formulations, if someone misses their injection, you know it and you can do something about it. You can call the family, do a home visit, do whatever you think is necessary, so that alone is an important advantage.

Also, some clinicians think they’re going to interfere with a therapeutic alliance if they offer or they suggest a long-acting medicine. That somehow that’s insulting or it’s punitive. We’re not punishing the patient; we’re just offering them what we think is the best treatment. We have to destigmatize nonadherence. If someone has trouble taking their medicine on a regular basis, that doesn’t mean they’re a bad patient or a bad person, it just means they’re a human being. We all have trouble taking medicine on a regular basis. The question is what can we do about that? Let’s recognize the fact that nonadherence is human nature. It’s very common, so what can we do to ensure that someone gets the benefit of the medicine?

We’re fortunate that we have some options. We have different medicines that are available in a long-acting formulation. The advice I would give to clinicians is to think about what we’re trying to do here. We’re trying to prevent relapse, we’re trying to help people recover, and we’re trying to ensure that they get the benefit of the medicine that we’ve prescribed. We have to do that in a very proactive way. 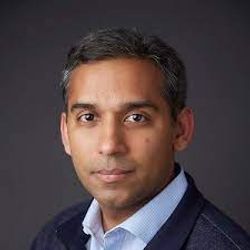 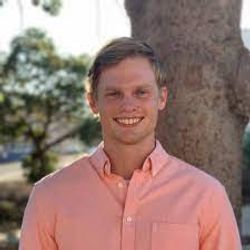