Eating Disorders: Boys Have Them, Too

Until recently anorexia nervosa was thought to be a problem for females only. That thinking has changed and specialists are now looking at ways to treat eating disorders in adolescent boys and men. 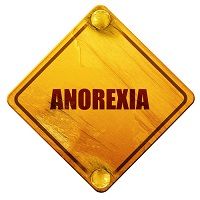 Anorexia Nervosa can be deadly, and treatment is not always successful.

But until 10 years ago, psychiatrists treating the disorder excluded men.

In research to be presented at the American Psychiatric Association’s 2016 meeting in Atlanta, GA, Hildebrandt will offer both a course in men and boys and eating disorders and a presentation of research findings on novel ways to treat the disorder.

Of all the mental health disorders, anorexia nervosa may be the more deadly, he said in an interview.

Mostly the illness has been seen as a problem for women and girls but it’s no.

The reason the field excluded men was that “The old school thinking is that [not eating] was women’s way of exerting control,” he said, a way of dealing with a society that can be oppressive for women.

“Part of that is true but the current thinking is that it’s not gender specific, “ Hildebrandt said, and that in both sexes hormones play a role in the disorder’s onset.

“Some boys who are picky eaters outgrow it in adolescence, but in others they will either see the onset, and still others will get worse,” he added.

Hormones play a role, some boys who are picky eaters outgrow it, others see onset, others get worse,” he said.

The problem usually arises in late adolescence, in boys 16 to 17.

Hildebrandt’s treatment strategy involves getting the family involved in an intervention.

One big mistake in many parents’ thinking is that they believe that they are to blame for the problem.

“Kids will use that, an ill kid will take advantage tell the parents they are an obstacle to his recovery,” he said, which only prevents the therapy from getting results.

Ironically, Hildebrandt said, anorexia can be caused by a family persuading an overweight child to diet.

“Dieting puts kids at risk [of anorexia] even though some diet and that doesn’t happen, but think of it like a substance abuse problem,” he continued “If you were worried about drug addiction, you wouldn’t tell a kid it was okay to take just one snort of cocaine, even though that might not lead to addiction.”

Diets do not work, and they put kids at risk of developing eating disorders, he said.

“You can’t underestimate the risk,” he said.

Anorexia and other eating disorders may have a genetic component as well, he said.

“There is a wide range of genes at play, and to some degree it is heritable,” he said.

His basic strategy in helping people with eating disorders is to get them to think less about food.

“Try to make food less important and invest that energy and focus in other things—work on relationships, make the world a better place, focus on your work,” he said.

“The central nervous system is actually pretty good at regulating what we eat; it’s when we try and exert that extra control and diet that we get problem,” he said, “We need to learn that every meal is not that important.”

In the study Hildebrandt will present at the meeting he will report on 10 adolescents and their families who went through therapy aimed at getting the patient to learn to relax despite feelings of aversion or even disgust at having to consume a milkshake-type beverage.

The family was put in charge of setting the food agenda, taking that burden off the patient. Treatment goal was to consume the milkshake and the parents coached the patient to drink it. The patients were also allowed to eat regular meals. The approach worked, with patients gaining as much as 30% of their weight.

They also used neurological imaging to see what was happening in the brain during the sessions.

“It was successful and well-tolerated,” Hildebrandt said, “we won’t know for a while whether there are relapses.”