Editor's picks of the best of the Web

By checking in a regular basis and providing encouragement, a user of the Reddit social media service (reddit.com) helped another stay on the wagon for 3 months. http://hcp.lv/hU0qpS

Discovermagazine just published this gallery in late January, consisting of a dozen “mind-blowing psychedelic images.” While you’re there having your mind blown, be sure to check out the “Beautifully Detailed Supercomputer Simulations, Pt II,” “The Brain Is Ready for Its Close-up,” “How to Build a Human Brain, in 7 Easy Steps,” and “Brain-saving, Mind-blowing, Hi-tech Medical Imaging” galleries.

The Rhythm Is Gonna Get You

It turns out Gloria Estefan was signing to all living beings, from humans down to algae. Two recently published studies that provide insight into health-related issued linked with disrupted circadian clocks also suggest that the 24-hour clock in human cells is the same as that in all forms of life and dates back millions of years to the beginnings of life on Earth.

Is that Cheese Making You Blue?

Spanish researchers have that eating foods that are high in trans-fats and saturated fats increases ones risk for depression.

Worms with Frickin’ Laser Beams on Their Frickin’ Heads

OK, so it’s not quite what Dr. Evil had in mind, but it is perhaps scarier: Harvard scientists have designed a laser that, when shined on the neurons of genetically altered C. elegansroundworms, affected their nervous system.

Read about six of the most ethically questionable psychological experiments of recent history, including the researcher who sought to induce stuttering in 22 orphaned children and the pit of despair, designed to separate monkeys from the mothers with whom they’d bonded to show that a normal childhood is no defense against depression.

Gadget Watch -brought to you by medgadget

Learn about the ShuntCheck, designed by the uncle of a boy with hydrocephalus to monitor the flow of cerebrospinal fluid through VP and other cerebral shunts. Since headaches can arise from an increased intracranial pressure above a blocked pathway, a visit to the emergency room was required every time a serious headache kicked in. The goal of a new device is to provide instant status check so that appropriate action can be taken earlier.

Impact Sensors to Be Placed in NFL Players' Helmets Next Season

The NFL has announced that they will be launching a pilot program next season in which accelerometers will be placed in players' mouthpieces, earpieces, and helmets to analyze how blows to the head relate to the effects and severity of concussions and other traumatic brain injuries. 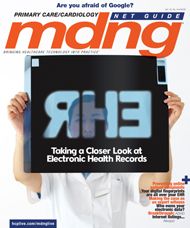