Consuming 200 milligrams or more of caffeine per day-roughly equivalent to two cups of coffee-can either increase or decrease a woman's estrogen level, depending on her ethnic background and the source of the caffeine, a study from the National Institutes of Health (NIH) finds.

Consuming 200 milligrams or more of caffeine per day—roughly equivalent to two cups of coffee—can either increase or decrease a woman’s estrogen level, depending on her ethnic background and the source of the caffeine, a study from the National Institutes of Health (NIH) finds.

Between 2005 and 2007, the researchers followed 259 premenopausal women for up to two menstrual cycles. They collected fasting blood specimens for hormonal assessment at up to eight visits per cycle and four 24-hour dietary recalls per cycle. They calculated the participants' total caffeine intake based on how much coffee, black tea, green tea, and caffeinated soda they consumed. Overall, the participants ingested an average of 90 milligrams of caffeine per day.

"Short term, these variations in estrogen levels among different groups do not appear to have any pronounced effects," Enrique Schisterman, PhD, of the Division of Epidemiology, Statistics and Prevention Research at the Eunice Kennedy Shriver National Institute of Child Health and Human Development, where some of the research was conducted, said in an NIH press release. "We know that variations in estrogen level are associated with such disorders as endometriosis, osteoporosis, and endometrial, breast, and ovarian cancers. Because long term caffeine consumption has the potential to influence estrogen levels over a long period of time, it makes sense to take caffeine consumption into account when designing studies to understand these disorders."

The study appears in the February issue of the American Journal of Clinical Nutrition. 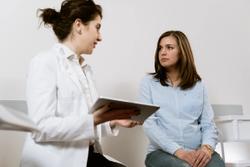