So You Wanna...Start a Non-profit Organization

Why did you start Kybele Incorporated?

There’s a need to improve childbirth safety for mothers and newborns, in that nearly 600,000 women die each year during childbirth, as well as more than one million babies, which are deemed medically preventable. Our emphasis is overseas. We provide stateside education to broaden people’s awareness about conditions that exist overseas, because there’s such a big difference between medical conditions in the US vs. other parts of the world. I also take time off without pay from Wake Forest in order to fulfi ll some of the non-profit function.

What requirements are there for setting up a nonprofit organization?

It’s important to partner with an attorney in the beginning. The partner I selected was a close personal friend for many years. Her law firm did the initial incorporation for us. Articles of incorporation and bylaws need to be developed. There are also legal documents that need to be filed through various state offices. So, a doctor who wanted to start his or her own foundation would need to hire a lawyer to set things up in the state where they want to be incorporated. If you’re incorporated in one state and want to operate through another, you need to file additional legal documentation within the state where the business operates. It’s possible to be incorporated in one state and operate in another, which is what we do.

You also need an accountant. We have a local accountant who was also heavily involved with this initially, and he is a CPA with experience and training in nonprofit organizations. Our accountant has provided me with a wealth of information and has essentially walked me through the process.

Where does your funding come from?

That’s an ongoing process and need. We have individual donors and corporate donors, including other medical companies and other medical organizations, such as the Society for Obstetric Anesthesia and Perinatology. Many doctors from those organizations will actually go on the teaching missions with us. The World Federation Societies of Anesthesiology is also a supporter, as well as Wake Forest University. We have been doing some fundraising events, selling various handicrafts from the countries we serve. When we go in and do projects in a specific country, for example, we look for other charities that are operating in those local areas, in particular those that are supporting women’s and children’s causes. We purchase handicrafts that they make and we bring them back to the US to sell as fundraising. So, not only do we impact the medical community in those countries, but we also look to find ways to help the local community and have an ongoing presence there.

We’ve actually been taking these items to different medical meetings and venues and setting up displays. We’re developing an e-commerce site soon through our website where individuals can buy these items online.

What first steps (in addition to getting a lawyer and an accountant on board) would you recommend to another physician who has a cause and wants to get involved with a non-profit organization?

It is important to find a handful of people who are also committed to the cause, because it takes a lot of time and hard work. Also, an application needs to be filed with the IRS. Form 1023 is the application for recognition of exemption under section 501(c)(3) of the internal revenue code and is required to get you rolling. You have to make a check out for $750 to the United States Treasury as well. The application should contain supporting information about what your organization is doing or proposing to do. The feds want to see proof of support of a cause. So, we sent them copies of workshops and educational programs that we’d been conducting, some brochures and newsletters we’d written, newspaper articles that had been published, and miscellaneous teaching materials we developed and had been using. Those materials all become part of the application package that goes to the IRS. If a group of people want to start a nonprofit organization, it is very helpful to have previously established activities supporting that cause for several years.

In our case, we didn’t have a large financial base starting out, so we applied for an advanced ruling—which is a temporary ruling that lasts five years—as sort of a probationary period. They give you a determination letter, which says “yes, we think you’re a worthwhile charity and you can operate under this provisional status.” At the end of that timeframe, they ask you to submit further information about where your support has come from and the size of the contributions. The IRS needs to know that you can support your activities, and that the cause is worthy enough that people will donate money to it and the activities will be sustained. Then, they’ll give you a final determination letter. However, if you have a minimum of eight months of financial history operating the organization, you can ask for a definitive ruling from the start. With a definitive ruling, you do not have to be review again for five years by the IRS, as is the case with an advance ruling.

The whole process is not for the faint of heart; it typically takes the IRS 90 to 120 days or longer to process the application. Even with the application properly filled out, the IRS can request additional information, and that request must be responded to. I think it’s important to work through an accountant; you could probably figure out how to do it yourself, but most doctors don’t have time to do that and would rather work with a professional. 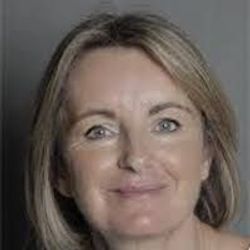 Q&A: How Can Clinicians Reduce Risk in Pregnant Women with Diabetes?
x