The vagus nerve stimulation system is the first of its kind stroke rehabilitation system, after supporting data from the VNS-REHAB trial suggested its efficacy in improving FMA-UE scores.

A version of this article was originally published in NeurologyLive.

The US Food and Drug Administration has approved the MicroTransponder Vivistim Paired Vagus Nerve Stimulation (VNS) system for the treatment of moderate to severe upper extremity motor deficits associated with chronic ischemic stroke.

The VNS system features an implantable pulse generator (IPG) placed under the skin in the chest of the patient, with a lead wire attached to the IPG that leads to electrodes placed on the side of the neck.

Christopher M. Loftus, MD, acting director, Center for Devices and Radiological Health’s office of Neurological and Physical Medicine Devices, FDA, noted the limited options in treatment for patients who have lost mobility due to ischemic stroke.

"Today's approval of the Vivistim Paired VNS System offers the first stroke rehabilitation option using vagus nerve stimulation,” Loftus said. “Used alongside rehabilitative exercise, this device may offer benefit to those who have lost function in their upper limbs due to ischemic stroke."

The FDA decision was based on results from the VNS-REHAB clinical trial, which included 108 individuals randomzied to active VNS treatment (n = 53) or control group (n = 55). Both groups received intensive physical therapy in addition.

In addition, a post-hoc analysis found 30 of 53 (57%) of participants in the VNS group achieved clinically meaningful responses on the WMFT-Functional test compared to 12 of 55 (22%) patients in the control group (P <.0001).

"This [was] the first study to find clinically and statistically significant effects of a neuromodulation therapy for people with arm and hand weakness after chronic stroke,” Jesse Dawson, MD, BSc, professor of stroke medicine, University of Glasgow, said in a statement at the time of data publication from VNS-REHAB. “We saw improvement for the VNS group in both impairment and functional measures compared to controls. In particular, the clinically meaningful response rate doubled with paired VNS for both impairment and functional outcomes.”

The FDA noted that the VNS System is not indicated for use in patients with vagotomy, and that patients should discuss prior medical history of other concurrent forms of brain stimulation; diathermy treatment; depression or suicidality; schizophrenia, schizoaffective disorder, or delusional disorders; rapid cycling bipolar disorder; previous brain surgery or central nervous system injury; progressive neurological diseases; cardiac abnormalities; dysautonomias; respiratory diseases or disorders; ulcers; vasovagal syncope; and pre-existing hoarseness 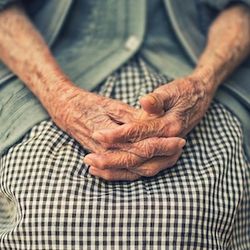 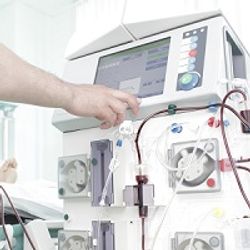 Mortality Rates From CV Cause of Death Saw Improvement with Dialysis 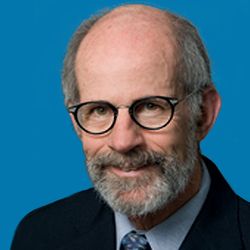