Buprenorphine made treatment for addiction to opioids available in a daily pill. Trial results to be presented in Atlanta, GA show an implanted form of the drug could make treatment even more convenient. 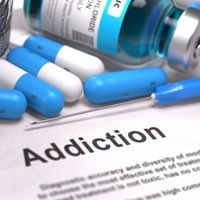 Research to be presented May 17 at the American Psychiatric Association’s annual meeting in Atlanta, GA, should strengthen the case for approval of a buprenorphine implant known as Probuphine (Braeburn/Titan).

An advisory panel in January, 2016 recommended the US Food and Drug Administration approve the drug. The FDA has said it needs more evidence that administering the buprenorphine as an implant will not result in infections or injuries, problems seen with the birth control implant Norplant.

Reporting on a non-inferiority study at his institution, Richard N. Rosenthal, MD, MA, said results with the subjects in his study, a double-blind placebo, showed that after six months, patients who got the implants showed a 96.4% rate of staying off opioids, compared to 87.6% of those who took buprenorphine in the currently approved form, sublingually in pill or film form

Rosenthal is a psychiatry professor at the Icahn School of Medicine at Mount Sinai in New York City and Medical Director, Addiction Psychiatry of the Mount Sinai Behavioral Health System.

In an interview, Rosenthal said the study showed the implants were safe and effective.

Patients who got the investigational drug had four rods the size of a matchstick inserted under the skin of an upper arm.

“Everyone did well,“ Rosenthal said. The treatment requires four implants because a single one would be too large, he explained.

The patients in the study were all addicts who got hooked on prescribed opioid pain drugs, he said.

He estimates that there are 1.9 million people in the US who could benefit from the implant, a method of treatment that does not pose a threat of drug diversion since it is administered in a one-time office visit rather than in a prescription that could be abused. Nor does it pose a risk of accidental poisoning to others, particularly young children in the addict’s household.

When buprenorphine first appeared on the addiction medicine scene in 2002 there were some concerns that addicts would not get the counseling and monitoring that is supposed to come with the directly observed therapy of methadone treatment. Early proponents of buprenorphine dismissed those objections and in turn accused the “methadone treatment industry” of trying to block widespread use of buprenorphine because of the financial threat to the clinics and counselors that have a vested interest in that treatment.

“That’s no longer a controversy,” he said, “methadone is still out there too.”

Buprenorphine can be given by a primary care physician, though these practitioners must receive training before they dispense it. One big advantage to patients is convenience and privacy. But that does not mean implant patients can safely see a treating physician for only the visit in which the drug is implanted. They need morcare than that, he said.

Rosenthal said that the current thinking, at least in his practice, is that “Any patient using opioids should be getting psycho-social treatment,” including patients say they accidentally got addicted to opioids through prescriptions--as opposed to addicts who sought the drugs out solely for recreational purposes.