Republican opponents of the Affordable Care Act (ACA) have more clout with their new ascendance to Senate majority status. They've also done well in gubernatorial races. Will that mean the GOP can undo the ACA? 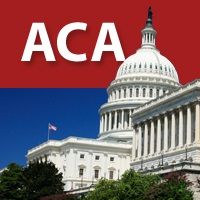 Republican opponents of the Affordable Care Act (ACA) have more clout with their new ascendance to US Senate majority status. Will that mean the GOP can undo the ACA?

Probably not, said David Sandman, PhD, senior vice president of the New York State Health Foundation. “The prospects are very slim. The Republicans do not have a veto-proof majority. As long as the President is still in office the ACA is not going anywhere," he said. But that doesn’t mean the party will not try to dismantle parts of the law, Sandman added.

Other experts have agreed.

One key to undoing the ACA’s potential impact would be for states to refuse to expand Medicaid. That prospect has focused attention on several key gubernatorial races. In Wisconsin, Scott Walker, an opponent of the ACA, won election in a tight race. So did Maine Republican Paul LePage, another outspoken ACA critic. In Kansas, it was the same story: Sam Brownback won reelection and opposes Medicaid expansion. In Arkansas, where the expansion by law has to be re-authorized by the state legislature annually, the election of Republic Asa Hutchinson could put that at risk.

Democrats scored one new gubernatorial win in Pennsylvania, where Democrat Tom Wolf unseated Republican Tom Corbett. But Pennsylvania has already decided to expand Medicaid and the Democratic victory assures that will not change.

Currently there are 27 states expanding their programs, plus the District of Columbia.

Medicaid expansion is far from the only target for those who would undo the Obama administration’s health care program. In an analysis in The New Republic, Jonathan Cohn outlined six points where the ACA is vulnerable. Those include repealing the individual mandate—the requirement that everyone must have insurance or pay a fine. So far that has led many young healthy people to enroll in coverage, thus keeping premiums down.

The employer mandate setting the conditions under which businesses must offer insurance to workers is also at risk, particularly since the Obama administration does not appear to be strongly attached to the concept.

Eliminating “risk corridors”—the agreement that the government will bail out insurers participating in state health exchange insurance marketplaces if they see big losses&mdash;is another possibility.

Repealing the revenue-generating 2.5% medical device tax would also cut funding that under the ACA is intended for Medicaid expansion, a potential back door into undercutting the program.

But to Sandman, the ACA’s future could rest with the courts. At issue is a passage in the ACA related to tax credit subsidies for buying health insurance. It is being challenged by those who claim the wording of the law means there are no subsidies for people in states where the federal government is running the insurance exchanges.

“It’s just a drafting error, it wasn’t meant to do that,” Sandman said. “But if the court decides to hear the case, this is a real sleeper issue.”