“The high prevalence of TTNtv variants may suggest a specific gene environment interaction, favoring a later onset of the disease,” said study author Marco Merlo, MD, Cardiovascular Department, Azienda Sanitaria, Universitaria Giuliano Isontina. “Therefore, genetic testing might be considered in patients with DCM diagnosed when they are older than 60 years.”

The team investigated the genetic background and natural history of a cohort with DCM ≥60 years old from 7 international tertiary centers to assess the importance of genetic testing. These patients were enrolled from March 1990 - August 2020.

Within the methods of the study, DCM was defined as the presence of impaired left ventricular ejection fraction (<50%). Exclusions of significant extrinsic factors were thus explained as history of significant hypertension, ischemic heart disease, valvular disease, and others including congenital heart disease and active myocarditis.

Comparisons between groups were made through the analysis of variance or the t test on continuous variables, using the Brown-Forsythe statistic when the assumptions of equal variance did not hold or by the nonparametric Mann-Whitney test when necessary.

The study included a total of 184 patients with late-onset DCM from Australia, Italy, the UK, and the US, with a mean age of 67 years at diagnosis, population of 56% female (n = 103), and mean left ventricular ejection fraction of 32%. Most patients were diagnosed as part of family screening (n = 120, 65%).

Of the total, the genetic diagnostic yield was 36%, thus 66 patients were carriers of a P/LP variant. Data show the most frequent observed variants were TTNtv (n = 46), affecting 25% of patients and accounting for 69% of patients with positive genetic testing (n = 46).

Investigators noted the percentage of female individuals was consistent in patients with both positive and negative genetic testing (62% versus 57%) and in carriers of TTNtv and other P/LP variants (56% and 75%, respectively).

Through a median follow-up of 42 months, the primary outcome of all-cause mortality was met in 23 patients (13%; incidence of 2.4 events per 100 patients per year). Further, 6 patients (5%) had negative genetic testing and 17 (25%) had carriers of P/LP variants.

The study, “Association of Titin Variations With Late-Onset Dilated Cardiomyopathy,” was published in JAMA Cardiology. 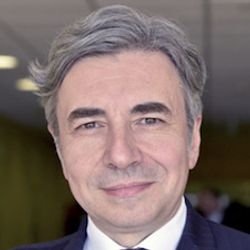