A Real Life Saver: Technology Plays a Leading Role in the Fight against Hospital-acquired Infections

Hospitals are increasingly using patient safety screening technology in the fight against hospital-acquired infections that kill thousands of patients and drive up the cost of care.

Hospitals are increasingly using patient safety screening technology in the fight against sepsis and other hospital-acquired infections that kill thousands of patients and drive up the cost of care for patients, hospitals, and providers.

More than 750,000 cases of severe sepsis are diagnosed each year in the US, and the number is expected to rise to one million by 2010. Sepsis is the tenth-leading cause of death in emergency rooms worldwide, killing approximately one person every minute (www.ccmjournal.com/pt/re/ccm/ab stract.00003246-200107000-00002.htm). Its treatment accounts for nearly 40% of all ICU expenses; in 2001, hospital expenses for patients with severe sepsis were more than $16.7 billion, a sum that may increase following an August 2007 ruling by the Centers for Medicaid and Medicare Services (CMS) that will limit payment to hospitals if patients contract certain preventable, hospital-acquired infections. Sepsis will be added to the list of conditions covered by this ruling in 2009, joining pneumonia, urinary tract infections, and methicillin-resistant staphylococcus aureus (MRSA) infections, shifting the burden of treatment costs to providers. The financial burden will be even greater if private insurance companies—which typically model their guidelines after CMS&mdash;enact similar policies. However, new technology is helping hospitals screen for and detect these potentially deadly infections earlier, reducing the incidence and severity of sepsis and other infections, and saving lives and money.

“If we detect sepsis early enough and apply the right treatment protocols, we can significantly improve the outcome for our patients,” says Michael Higgins, MD, chair of the Department of Anesthesiology and executive medical director for Perioperative Services at Vanderbilt University Medical Center (VUMC). The key is to screen for, identify, and track specific symptoms and diagnostic indicators that, if caught early enough, spur intervention using treatment protocols derived from recommendations from the Surviving Sepsis Campaign and the Institute for Healthcare Improvement (IHI). To successfully identify these symptoms, hospitals need tools that plug the gaps in existing systems and help recognize patterns and indicators of sepsis and other infections, and prompt caregivers to intervene before they take hold.

In the chaos of an ICU, it’s often difficult for caregivers to spot such patterns and symptoms among the fl ood of test results, blood work results, and patient vital signs. Clinical applications that aggregate a patient’s vital information in one place streamline the diagnostic process for physicians so they can quickly review their screening results and determine whether the patient is at risk and whether to administer IHI treatment protocols, which have been shown to lower mortality rates by 30% for severely septic patients and by 50% for at-risk patients who have not yet developed the disease (http://content.nejm.org/cgi/content/full/345/19/1368).

VUMC is piloting a new screening tool in its 23-bed neurological ICU —Microsoft’s Patient Safety Screening Tool (PSST) for Sepsis solution, which provides a set of indicators that alert caregivers of complications and adverse effects following surgery or hospital procedures. It also incorporates a facility’s own best practices and seamlessly integrates with clinical applications, patient monitoring devices, and other existing systems. The PSST for Sepsis solution streamlines the clinical process by pre-populating demographic information from the admissions interface, and lab values and vital signs pulled from the lab and patient monitoring interfaces. Reminders can be sent via e-mail, pager, or other devices to help clinicians consistently comply with the IHI guidelines.

“The early alerts generated by the PSST for Sepsis solution will help us to intervene more quickly and aggressively when a patient shows signs of becoming pre-septic or severely septic,” says Leland Lancaster, MD, director of commercial development, Department of Anesthesiology at VUMC. “The seamless integration of the PSST for Sepsis solution with our existing infrastructure plays an important role. Minutes can mean the difference between life and death for our patients, so the faster we get information the sooner we can intercede.”

Of course, it doesn’t stop with sepsis. The modular infrastructure of the PSST solution can be customized to help providers screen and treat other diseases as well, and Microsoft plans to develop three other PSST modules for MRSA, urinary tract infections, and deep vein thrombosis with its partners and customers to help providers increase patient safety, reduce costs, and streamline workflow.

Read the case study on VUMC’s implementation of the PSST for Sepsis solution.

Watch this video to see the PSST for Sepsis solution in action at VUMC. 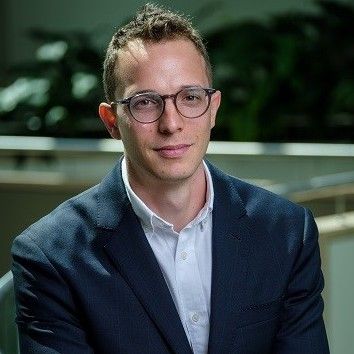