Hypertriglyceridemia in Connection to FCS

Alan S. Brown, MD, FNLA, FACC, FAHA is a Cardiologist at Advocate Lutheran General Hospital and the President-Elect of the National Lipid Association (NLA). While at the NLA’s 2018 Scientific Sessions in Las Vegas, Nevada, he explained the connection between hypertriglyceridemia and FCS.

Alan S. Brown, MD, FNLA, FACC, FAHA, is a Cardiologist at Ae Lutheran General Hospital and the President-Elect of the National Lipid Association (NLA). While at the NLA’s 2018 Scientific Sessions in Las Vegas, Nevada, he explained the connection between hypertriglyceridemia and familial chylomicronemia syndrome (FCS).

Brown: There is a thirst for knowledge about hypertriglyceridemia by most doctors because the recommendations for how to manage it have been a little bit unclear and obtuse. That’s partly because many of our trials where we tried to add drugs to lower triglycerides on top of cholesterol-lowering drugs didn’t show a great reduction in cardiovascular risk, which is what the average physicians is thinking about.

Because there is some interest already about knowledge regarding how to manage people with high triglycerides, we should probably grasp on to that fact and make it clear to physicians that when they see a patient with severe hypertriglyceridemia, usually triglycerides ten times the cholesterol level, and that patient doesn’t respond to traditional drugs that we would give them, such as fish oil or fibrate, then one should be thinking about FCS (familial chylomicronemia syndrome).

I’m hoping we can leverage a little bit of the confusion around triglycerides and garner enough interest among physicians to learn more about this disorder. And when you talk to most doctors who are practicing in lipidology and cardiology, they’ve all encountered at one point in their career a patient where, despite all their best efforts, they can’t lower triglycerides. So being aware of the disease is a critical piece, and I’m sure they will probably find more patients with FCS than they think they may have. 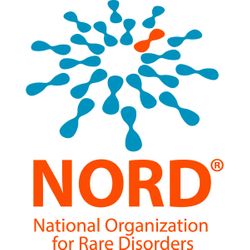 Welcome to Rare Disease Day: An Interview with a NORD Representative