Scott Solomon, MD: I don’t know, exactly, how much, but there’s a financial penalty for any patient who comes in for any reason after a heart failure hospitalization.

Akshay Desai, MD: The amazing thing is that for the 3 diagnoses that Medicare has designated, and these are Medicare penalties as areas of interest—heart failure, acute myocardial infarction, and pneumonia—if your rates of 30-day readmissions are higher than expected, you pay penalties on your full Medicare budget. And those budgets are large, so the penalties are substantial.

Akshay Desai, MD: Now you’re fading into the realm of politics, which I suppose we shouldn’t touch upon?

Akshay Desai, MD: One way to do it is to create accountable care organizations where the payer and the provider are united in those incentives. I think there are some reasons that you’ve outlined that make sense.

Peter L. Salgo, MD: You talked about putting some mechanisms in place to ensure that there’s some continuity of care. I was about to say that the days of going to the patient’s bedside saying, “Take your pills and have a nice life,” are gone. But I don’t think that was ever an appropriate way to treat somebody leaving the hospital. It never should have been there in the first place. What other mechanisms are there? What other tools do we have to provide the transition of care to make sure folks get good care and don’t come back in to see us?

Sheryl Chow, PharmD, BCPS: Ideally, when the patient comes in on admission, he/she should be counseled from day 1. That’s an ideal situation. Whether hospitals have the staff to do it is a completely different question, but counseling them on day 1, day 2, or day 3, or however long they’re in the hospital for, just to make sure that the patient gets repeated consultation, can help. They’re not getting counseled on the medications for the first time, at the point of discharge, where they’re not going to remember anything. So, that’s an ideal situation. Whether it happens, in reality, is completely different.

Peter L. Salgo, MD: Is it happening, in reality, in the real world? Are patients getting seen? Are treatment care plans being reviewed?

Akshay Desai, MD: We’re all trying. There’s the ideal, and then there’s the practical. I think, sometimes, we can’t catch patients as quickly as we should. But we’re all striving to provide mechanisms for early postdischarge follow-up for patients for routine discharge instructions that meet all the metrics that we’ve talked about that provide patients with some guidance about who to call, when to call, and what to look out for. When we do that well, then patients do tend to stay out of the hospital. Sheryl, you were telling me that if a patient is sent home on a medication, if I heard you correctly, they’re more likely to stay on it than if it was added later. Is that true?

Sheryl Chow, PharmD, BCPS: That’s correct. There was a study, OPTIMIZE-HF, that looked at patients that continued with their medications out to discharge, and it was found to be that those doses and those medications were continued on. So, it really is a teachable moment for the patient. It’s also the best time to initiate, assuming that the patient is stable, of course. It’s the best time to initiate the proper doses of medications and the proper medications based upon guidelines, if you can, at that point.

Scott Solomon, MD: Peter, I think you also bring up another important point, which is that we, in the cardiology specialties, are not the only people taking care of these patients. They’re going out and they’re seeing their primary care physicians, their internists, more than they see us, for the most part. It’s really important for these folks to be knowledgeable about some of the new medications, and I think that’s why we’re doing this program, for sure. More and more, primary care physicians are actually seeing patients on drugs like sacubitril/valsartan, are initiating therapy with drugs like this, and it’s important that these not be considered “cardiology-only” pharmacologic therapies.

Peter L. Salgo, MD: First of all, there aren’t enough cardiologists to take care of everybody, day by day, out in the real world. And sometimes, when I think about primary care, I can’t believe these people are doing the job they’re doing. There’s everything coming through their door, and all of these new medications, some of which are completely unfamiliar, are showing up on their door step. So, what can we do, other than have this broadcast, to help primary care doctors take care of the patients with heart failure that we’re sending out on these novel agents like ARNIs (angiotensin receptor neprilysin inhibitors)? Should every patient, for example, get a phone call through his or her primary care doctor on the way out the door saying, “I’m sending you to Mr. Jones or Miss Jones, and there’s a new drug I could tell you about it,”?

Scott Solomon, MD: Well, it would be nice if we could do that, and many of us do call the referring physicians when we discharge patients. We dictate or write letters to these doctors to tell them about the medications we’re using. In the cases of using a novel medication that they may not be familiar with, it is part of our job to educate them about it.

Sheryl Chow, PharmD, BCPS: I completely agree. A lot of primary medical doctors (PMDs) will receive the New York Heart Association Class II and III patient, sometimes before the cardiologist even follows up with them. And therefore, PMDs feel comfortable starting an ACE (angiotensin-converting enzyme) inhibitor in a patient with HFrEF (heart failure with reduced ejection fraction). Why not start an ARNI? It’s a new medication (and I understand that often there’s some discomfort), but it is guideline recommended and strongly supported.

Peter L. Salgo, MD: Is there anything that a PMD can do to help to make this process seamless?

Akshay Desai, MD: I think there’s a lot. The first thing, I’d say, is that the best strategy for heart failure management (even in this day and age with better medications) is prevention. The first thing the PMD can do is understand the underpinnings of heart failure and help us prevent it. That aggressive treatment of blood pressure, aggressive treatment of diabetes, aggressive treatment of coronary disease—these are the things that help us not have to deal with the application of complex medical therapy. But then, beyond that, I think helping patients understand the importance (once the medicines are prescribed) of adhering to the medications, the rationale for continuing therapy even when you feel well, and recognizing the symptoms and the adverse effects that might be related to the medicine can help them manage the disease over time. 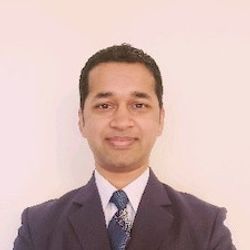