The treatment was superior in various secondary endpoints, included transfusion avoidance, changes from baseline in hemoglobin level, FACIT-F scores and ARC, and the rate of clinical BTH. 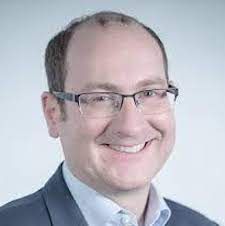 New data presented American Society of Hematology (ASH) Annual Meeting and Exposition supports the use of iptacopan over standard of care therapy for patients with hemolytic paroxysmal nocturnal hemoglobinuria (PNH).

The current standard of care for patients with hemolytic paroxysmal nocturnal hemoglobinuria is intravenous anti-C5 monoclonal antibodies—including eculizumab and ravulizumab. While effective, only around 60% of patients have clinically meaningful residual anemia with standard of care, secondary to C3-mediated extravascular hemolysis.

In a pair of phase 2 trials, iptacopan, the first in-class, oral, selective complement factor B inhibitor, showed promise in safety and efficacy in anti-C5 treated and naïve patients with PNH.

The study included 97 adult patients with PNH with a mean hemoglobin of less than 10 g/dl on stable standard of care therapy for at least 6 months. The participants were randomized to receive either iptacopan monotherapy 200 mg twice daily (n = 62) or to continue in the standard of care (n = 35) regimen for 24 weeks. The baseline disease characteristics were balanced between the 2 treatment groups.

The mean age of the patient population was 51 years and 69.1% of the patients were female. In addition, 57.7% of the patients received red blood cell transfusions in the 6 months prior to randomization, 64.9% and 35.1% had been treated with eculizumab and ravulizumab, respectively, for a mean duration of 4 years.

The randomization was stratified by prior standard of care therapy and red blood cell transfusions in the previous 6 months.

The results show both primary endpoints were achieved in the iptacopan monotherapy group, showing superiority compared to the standard of care group.

Of the iptacopan cohort, 51 of 60 patients with evaluable or non-missing data had at least a 2 g/dl hemoglobin increase from baseline, compared to none of the 35 in the standard of care arm.

Moreover, 42 patients in the iptacopan group had hemoglobin at least 12 g/dl, compared to once again 0 in the standard of care group (both P <0.0001).

The study drug also was superior in various secondary endpoints, included transfusion avoidance, changes from baseline in hemoglobin level, FACIT-F scores and ARC, and the rate of clinical BTH.

For safety, there were no deaths reported or serious encapsulated bacterial infections.

A pair of patients in the standard of care group had serious adverse events of hemolysis, compared to none in the iptacopan group. There were no treatment discontinuations in either treatment group.

“In this Phase III trial in PNH patients with residual anemia on IV anti‑C5 SoC therapy, single-agent, oral iptacopan resulted in a significant majority of patients achieving clinically meaningful Hb increases and Hb ≥12 g/dL, via resolution of extravascular hemolysis and maintenance of intravascular hemolysis control,” the authors wrote. “These hematological benefits were associated with transfusion independence in almost all patients and clinically meaningful improvements in patient-reported fatigue. Iptacopan monotherapy was well tolerated with a favorable safety profile. Single‑agent iptacopan may represent a practice-changing, oral, outpatient treatment for PNH patients who have an inadequate response to IV anti-C5 SoC therapy, potentially becoming a preferred treatment option for patients with hemolytic PNH.”

The study, “LBA-2 Oral Monotherapy with Iptacopan, a Proximal Complement Inhibitor of Factor B, Has Superior Efficacy to Intravenous Terminal Complement Inhibition with Standard of Care Eculizumab or Ravulizumab and Favorable Safety in Patients with Paroxysmal Nocturnal Hemoglobinuria and Residual Anemia: Results from the Randomized, Active-Comparator-Controlled, Open-Label, Multicenter, Phase III APPLY-PNH Study,” was published online by ASH 2022.