Double board certified dermatologist Dr. Karan Lal details targeted therapies and surgical treatments for vitiligo and how the condition is perceived by different cultures.

Vitiligo is estimated to affect approximately 1% of the global population, with some researchers considering the skin disease to be significantly underreported in some parts of the world.

As such, the burdens of the disease- be they physical or psychological – may not be fully acknowledged by large swaths of patients and physicians alike.

Fortunately, that is not the case for Karan Lal, DO, MS, FAAD, Schweiger Dermatology Group and member of The Society for Pediatric Dermatology , who is a double board certified dermatologist with an extensive background on vitiligo management.

During his residency at University of Massachusetts, Lal trained under leading vitiligo expert Dr. John Harris. The team would treat cases from across the world, as they were often visited by patients from India, China, Australia, and the Middle East.

This exposure provided Lal with precious insights into the perceptions of the disease across a variety of different cultures.

“I think in the United States, we're very lucky that there's just so many things that are going on socially, and that people are more aware about (vitiligo), and you don't necessarily get people that stare at you,” Lal said. “But in other countries- I can give an example of a couple of patients that came to see us that said that they needed to get their vitiligo treated or they wouldn't be able to get married…so it's very confusing, and it's hard to say that the perception is very unanimous because it's not, I think there's many different perceptions.”

Despite this, in the past decade physicians have amassed significant data on vitiligo and how it could be treated. As such, more patients are being accurately diagnosed with the skin condition, and a variety of treatments including topical creams and phototherapy are being considered.

While there are promising treatments in the drug pipeline such as topical ruxolitinib, Lal noted that there is currently no “magic cure” for vitiligo. Additionally, available therapies are not always covered by a patients’ insurance.

“What bothers us as providers, and as me as a dermatologist is that this is a disease that has significant psychosocial impact and a lot of insurance companies still see this condition as a cosmetic disease, which means that a lot of therapies that we recommend for vitiligo sometimes don't get covered because it's viewed as a cosmetic process,” Lal said. “So, I think for me, it's about managing expectations, making sure people understand why vitiligo occurs, how it occurs, what it means, and helping them understand that, for the most part, there is medical treatment for vitiligo and it does take time.”

Beyond topical therapies, surgical treatments such as the Melanocyte Keratinocyte Transplantation Procedure (MKSP) have been shown to be effective in certain cases of vitiligo. Lal learned of MKSP during his training with Dr. Bassel Mahmoud of the University of Massachusetts, and said that he will be taking the surgical procedure to Arizona as a member of Affiliated Dermatology.

“It's good for people to know about that there are surgical cures and surgical treatments for vitiligo, you just have to be the right candidate,” Lal said. “But JAK inhibitors are amazing. I suspect that within the next few months there will be FDA approval of topical ruxolitinib for vitiligo and it's going to be a game changer for sure.” 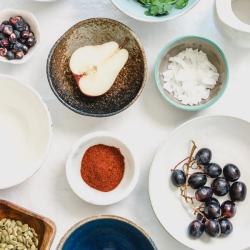