Latest Advances in the Management of Atopic Dermatitis

Dr. Raj Chovatiya discusses how recent approvals will influence the way in which he and other dermatologists will manage atopic dermatitis going forward.

EP: 1.Latest Advances in the Management of Atopic Dermatitis

What I'd like to do is take some time to go through some of the new options and updates from even some of the older options because it's a lot to keep track of, especially when you're thinking about such a prevalent disease that we're all seeing in dermatology all the time. We saw our first approval 16 months ago for topical ruxolitinib. This is a topical janus kinase [JAK] inhibitor; 4 preferential of JAK 1 and 2 that was approved for patients 12 years and up. It's a cream, so it's used topically for twice daily application for mild to moderate atopic dermatitis. Taking a look at a patient that has a body surface area somewhat up to about 20% is really practical for somebody using a topical therapy. Now, the strength of the medication includes very quick responses and very deep responses in terms of the majority of patients hitting outcomes in terms of itch improvement but also lesion improvement as well. It is a new and much-needed alternative to topical corticosteroids which can oftentimes have a variety of baggage in terms of adverse events that come with it.

We had a couple of biologic updates in the past year as well. First and foremost, tralokinumab was the second approved biologic therapy for atopic dermatitis to go along with dupilumab which was approved several years ago. Tralokinumab is a monoclonal antibody that binds to interleukin [IL]13. It's very specific for that particular cytokine. IL13, we know, is one of the important organizing cytokines and really affects the mediators in the inflammation that we think about with atopic dermatitis, both in terms of the barrier things, itch, as well as what's happening in terms of the inflammatory response. Tralokinumab was improved for administration to adults, 18 and up, with moderate to severe disease, and there are other studies ongoing to take a look at different age groups. Dupilumab, which has been approved for more than 5 years for atopic dermatitis, actually had some new indications added alongside of it. In the atopic dermatitis realm, it actually has approval down to 6 months to 5 years. For efficacy, this medication can actually be used for moderate to severe atopic dermatitis. Just to remind you, this is an injectable biologic therapy consisting of a monoclonal antibody, and this one is a little different than tralokinumab in the sense that the antibody targets the IL4 receptor alpha subunit that's shared by the type 1 and type 2 receptor signaling complexes that bind IL4 and IL13. While tralokinumab is covering IL13, this drug was covering IL4 and IL13.

Finally, we had a couple of new oral medications that were approved. Both of these were JAK inhibitors more selective for JAK1 over JAK2, JAK3, and TYK2. This include upadacitinib which was approved for patients 12 years and up with moderate to severe atopic dermatitis. In particular, those who have experienced some type of systemic therapy in the past. Then abrocitinib was approved for patients 18 years and up. Both of these are in tablet form but both looking at patients with moderate to severe disease and, again, have very similar indications for individuals who may have had experience with an oral systemic therapy and oral JAK inhibitor biologic therapy. Pretty much anything in the realm of some type of systemic therapy. Just given the fact that we have so many new treatment options now, the approach to atopic dermatitis is changing because no longer is it the circumstance where all I really have to talk about are topical corticosteroids, perhaps topical calcineurin inhibitors, and a jump-up to something like phototherapy, methotrexate, or cyclosporine. In fact, one of the big things that is probably changing right now is that there is less reliance on oral immunosuppressive medications that are not quite as targeted that come with a lot more lab monitoring, and potentially may have a higher risk of adverse events in the short and long term.

For a newly diagnosed patient with moderate atopic dermatitis for example, after they might have had treatment experience with a conventional agent like a topical corticosteroid, there's a lot of fertile ground right there. They'll be thinking about topical ruxolitinib for that mild to moderate patient, especially if that body surface area is anywhere up to about 20%. In addition to that topical therapy, if this ends up being a patient that really would benefit from systemic therapy along with the conventional options, a discussion of biologic or oral JAK inhibitor therapy would also be very appropriate, especially if these patients, in the case of the oral JAKs, had tried some type of systemic therapy previously, which is many of our patients with moderate to severe disease; in the case of the biologic therapies, just trying topical agents before moving to that.

Now, in a patient that has moderate disease, we'll use the same example, but they're being managed with older treatments. There's really a lot of opportunity here to shift to many of these newer, more targeted selective therapies. By and large, our goal in atopic dermatitis clinical development has really been to develop pinpoint accuracy for our drugs in order to reduce a lot of the side effects that can come along with therapy but increase efficacy outcomes. This is one of the big strengths across all the medications that I mentioned compared to the reasonable efficacy that comes along with medications like methotrexate, mycophenolate, azathioprine, or cyclosporine, but all the other stuff that you have to worry about in the back of your mind.

Given all these approvals, the question that you might be asking yourself is how would I sequence these in real-world practice knowing that the treatment paradigm in atopic dermatitis is both stepwise and additive. Really at its basis, we're thinking about good lifestyle modification, optimization of moisturization, bathing, and of course being responsible about avoiding itch triggers that you know might be triggering the dermatitis. When that isn't enough, it is very reasonable to start out with topical corticosteroids as sort of baseline therapy or even topical calcineurin inhibitors. If those weren't working for the patient, that really falls into mild or even moderate spectrum. This is a really good place to think about topical ruxolitinib wedged in there as a very selective therapy that works very quickly that can both work for larger body areas as well as really targeted areas through the disease, and there is a potency that really rivals some of your stronger topical corticosteroids based on some of my own personal clinical experience and just based on some of the numbers that you can take a look at roughly in the clinical development program. Really a nice option for a patient that may not necessarily be at the point where you're thinking about biologic, oral, or other systemic therapy. At that point in time, that's when you might start having that discussion: is this somebody that may want to use narrowband UVB phototherapy, which is still a reasonable but slower therapy and one that it is cumbersome to the patients or is this somebody that would benefit from dupilumab or tralokinumab or a discussion of biologics.

In the right kind of patient based on the FDA prescribing information or the actual indication, somebody may have experienced any type of systemic therapy who was previously thinking about upadacitinib or abrocitinib as well. With the multiple options in systemic therapy, we have choices, so shared decision-making is even more important now when it comes to treatment selection. Also, we have options if somebody is not an adequate, primary, or secondary responder to a particular medication; just knowing how heterogeneous the disease is, I really think that the lingering question here now is as we learn more about efficacy and safety in the real world, which is really reflecting what we expected based on the trials, how do we all uplift our education so we stay on top of everything that's happening here? It's hard because you can't go a day without a flurry of abstracts being published or a new drug coming your way.

There are many things to now think about. It really behooves all of us to really get up, get out there, and educate ourselves the best that we can because no longer is it a circumstance where we have to tell our patients we don't have much, it's just these 3 therapies, and if they don't work, we're out of options. In fact, I think that excitement and motivation about trying to seek this education out, whether it's through context like this, other newsletters, a number of different conferences and congresses, or even just following the primary literature, I think that most of us would actually be quite excited to do so just given how much atopic dermatitis we've seen and really how long that's been such a major burden for our patients. 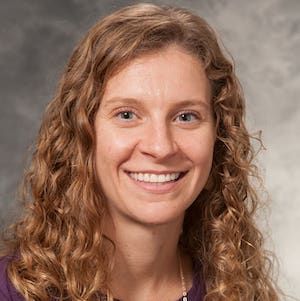