SLIT-tablets have a safety profile suitable for home treatment, as long as the first tablet intake is done under medical supervision. Long-term outcomes seem to differ between grass pollen SLIT-tablet products, and further studies are required. 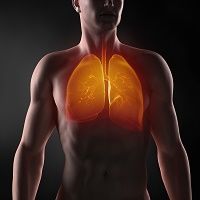 Ronald Dahl, MD, from the Odense University Hospital, Denmark, spoke about the long-term outcomes of sublingual immunotherapy (SLIT) at the American Academy of Allergy, Asthma and Immunology’s 2015 annual conference in Houston, TX.

Initially, Dahl explained that the European Medications Agency (EMA) has defined four levels of immunotherapy efficacy: first, short-term efficacy, when treatment effects are observed during the first pollen season; second, sustained clinical efficacy, when efficacy is maintained for 2 to 3 years; third, long-term and disease-modifying effect, when the effects of immunotherapy are observed years after the treatment is suspended; and finally, the cure of allergy. Dahl concentrated his talk on the long-term and disease-modifying effects of SLIT.

In order to highlight the efficacy of SLIT therapy, Dahl discussed several trials in which SLIT has been administered orally, by drops (SLIT-drop) or tablets (SLIT-tablet). In 2004, Novembre and colleagues showed that children mono-sensitized to grass pollen and suffering from allergic rhinitis developed significantly less asthma after receiving three years of SLIT-drop therapy than the control group.

In a prospective study conducted by Rienzo and colleagues in 2003, children 3 to 17-year-old with allergic rhinitis and mild asthma received 4 to 5 years of SLIT-drop therapy. In the SLIT-treated group, the percentage of children without asthma increased significantly from 16% at the baseline to 89% at the end of treatment. Moreover, this effect was maintained for over 10 years. In the control group, no changes were observed.

In another prospective study from 2010, Marogna and collaborators followed for 15 years patients 18 to 65-year-old with respiratory allergy who had received SLIT or not. They observed that the long-term effect was dependent on the duration of the treatment. Patients treated for 3 years had clinical effect for 7 years, whereas those treated for 4 or 5 years had clinical benefit for 8 years. A low sensitization rate was also observed in the treated groups compared to controls.

Next, Dahl commented on two important studies that evaluated the sustained efficacy of two FDA approved SLIT-tablet medications, GRASTEK (trial GT-08, 2008) and ORALAIR (trial VO53.062, 2011). The GT-08 trial demonstrated statistically significant improvement in rhino-conjunctivitis symptoms in the SLIT-treated group compared to the control group during all 5 years of investigation. The VO53.06 trial demonstrated statistically significant improvement of symptoms in the SLIT-treated group compared to the vehicle-treated group during the 3 years of the study. Dahl told the audience that both trials demonstrated safety profiles compatible with patients’ self-treatment at home. Some mild-to-moderate adverse effects were observed and did not require medical attention; however, he emphasized that the risk of systemic allergic reactions is higher at first intake. Regarding the administration of these drugs, Dahl said that GRASTEK should be initiated at least 12 weeks before the onset grass pollen season and should be continued throughout the year. On the other hand, treatment with ORALAIR should start 4 months before the season and be maintained during the whole season.

To conclude, Dahl said that SLIT-tablets are the only FDA approved SLIT therapies in the USA and have a safety profile suitable for home treatment, as long as the first tablet intake is done under medical supervision. The long-term outcomes, nevertheless, seem to differ between grass pollen SLIT-tablet products, and further studies are required.