Blood analysis in patients with inflammatory rheumatic diseases such as psoriatic arthritis indicates that biologic medications do not reduce the efficacy of anti-pneumococcal polysaccharide vaccine, and that patients with such conditions may not need to be vaccinated more frequently than others. 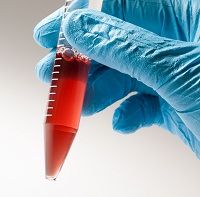 Blood analysis in patients with inflammatory rheumatic diseases such as psoriatic arthritis indicates that biologic medications do not reduce the efficacy of anti-pneumococcal polysaccharide vaccine (PPSV23), and that patients with such conditions may not need to be vaccinated more frequently than others.

Investigators enrolled 145 consecutive patients who used either methotrexate or biologics (tumor necrosis factor alpha [TNF] inhibitors or interlukin-6 receptor inhibitors). They excluded 9 patients for lack of vaccination information and another 6 because of technical problems in obtaining their serum samples and were left with 63 rheumatoid arthritis patients (48.5%), 29 psoriatic arthritis patients (22.3%), 28 ankylosing spondylitis patients (21.5%) and 3 patients with inflammatory bowel disease-associated spondyloarthropathy (2.3%).

They collected information about patient demographics, vaccinations, disease and treatment before testing serum anti-pneumococcal antibody levels in the cohort, which was 61.5% female and had a mean age of 54.6 years. Nearly 3 quarters of the patients (73.9%) were taking TNF inhibitors, and the others were nearly evenly divided between interleukin-6 receptor inhibitors (13.1%) and methotrexate taken without any biologic treatment (13%).

Most of the patients (67.7%) had received PPSV23 at some time and, among those who had gotten the vaccination, the mean duration between the injection and the antibody test was 45 months. Vaccination rates were even higher among patients aged 65 years and older.

“The long-term efficacy of the PPSV23 vaccination seems to be preserved among patients with rheumatoid arthritis, psoriatic arthritis, ankylosing spondylitis, and inflammatory bowel disease-associated spondyloarthropathy for at least 10 years,” the investigators wrote in The Journal of Rheumatology. “Efficacy is slightly impaired by methotrexate, but it is not affected by biologics. These findings suggest that revaccination after 5 years might not be needed for all, and testing the antibody titers should be considered to identify those who may benefit from revaccination.”

Patients with immune-mediated inflammatory diseases such as psoriatic arthritis face an elevated risk of infection that stems, for the most part, from their use of immunomodulatory or immunosuppressant drugs. This elevated risk increases the importance of vaccinations, but the very medications that expose patients to infection can also complicate the vaccination process, according to a research review that appeared in Rheumatology.

Research has shown that the weaker immune systems of such patients produce weaker response to some vaccines and, therefore, guidelines often call for more frequent vaccinations in patients with diseases like psoriatic arthritis than in the general public. Live vaccines, moreover, are generally contraindicated for people who take immunosuppressants for fear that the vaccination could create an infection.

Some research, however, suggests that some live vaccines may pose less danger than expected. A 2011 study that appeared in Arthritis Research and Therapy compared the risk of shingles patients in with inflammatory diseases who had and had not gotten zostavex, a live attenuated vaccine that reduces the risk and severity of herpes zoster.

“The short-term risk of herpes zoster did not appear to be increased in vaccinated patients, even among those using immunosuppressive therapies (for example, biologics) at the time of vaccination,” the study authors wrote. “However, our study was limited by the small number of vaccinated patients, and further evidence is needed to confirm the vaccine's safety and efficacy in this population.”