In a cohort of consecutive HFrEF patients admitted with AHF, the findings suggest almost three-quarters of patients were eligible for combined quadruple therapy. 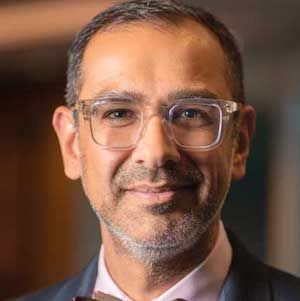 “Our hope is that by presenting these data from a contemporary AHF population, we can set a framework for clinicians to consider early and rapid prescription of comprehensive HF therapies,” wrote corresponding author Sean A. Virani, MD, MSc, MPH, Centre for Cardiovascular Innovation, University of British Columbia. “Every attempt should be made to initiate GDMT in all eligible patients before discharge, because not prescribing or a delay in prescription exposes patients with HF to a clinically significant excess risk of death and readmission.”

GDMT has been shown to improve prognosis for patients soon after its initiation, reiterating the importance of starting therapy as soon as possible. The study assessed patients with an AHF hospital admission within the CAN-HF (Canadian Heart Failure) registry between January 2017 and April 2020 for the initiation of evidence-based medical therapies based on updated HF guideline recommendations. Patients were stratified to HFrEF and HFpEF based on documented left ventricular ejection fraction (LVEF) using a cutoff of 40%.

Investigators additionally determined eligibility for novel HF pharmacotherapies including GDMT according to inclusion criteria of recent landmark randomized controlled trials (RCTs). They further contrasted GDMT eligibility to real-world prescription rates at time of hospital discharge based on guideline recommendations at the time of study registry.

From the 7 participating centers, a total of 943 patients were hospitalized with AHF, of whom 869 were discharged alive: 455 with HFrEF and 354 with HFpEF, excluding 60 patients in whom no LVEF were recorded.

Investigators noted the decompensation of chronic HF was more common than de novo presentations, representing 64.2% and 65.8% of admissions with HFrEF and HFpEF, respectively. In the HFrEF population, eligibility for GDMT at discharge was 94.9% for beta-blocker, 84.4% for MRA, 80.7% for ACEI/ARB, 73.6% for ARNI, and 88.6% for SGLT2 inhibitors.

The overall data show 71.6% of all patients with HFrEF were eligible for foundational quadruple therapy (ARNI, MRA, beta-blocker, and SGLT2 inhibitor). Among those with de novo HF and decompensated chronic HF, the eligibility for quadruple therapy was 75.5% and 69.5%, respectively.

Eligibility criteria for ivabradine, vericiguat, and omecamtiv mecarbil were additionally met in 15.6%, 25.9%, and 30.1% of HFrEF patients, respectively. SGLT2 inhibitors are now considered the fourth pillar of GDMT for HFrEF, but investigators believe other novel pharmacotherapies may offer significant benefits beyond standard therapy.

"In the CAN-HF registry, we observed that approximately 1 in 4 patients were eligible for one of these novel agents beyond quadruple therapy, providing further opportunity to positively modify the HF disease trajectory," Virani wrote.