Malaria: Could CRISPR Gene Editing Wipe it Out?

The new, cheap, fast and accurate gene-editing technology known as CRISPR Cas9 has the potential to virtually end the mosquito's role in spreading malaria. But since that technology could also be used irresponsibly and even disastrously to edit the human genome as well, its use is controversial. 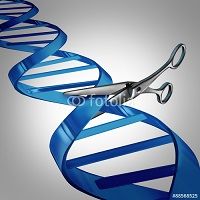 Will it be bug spray, or gene-editing?

President Barack Obama has put eradicating malaria on his list of global health goals he said could be achieved in the near future.

Along with “curing cancer” wiping out malaria was on a short list of potential achievements for what time remains in his administration.The President made the pledge in his recent State of the Union Address.

He did not say how. There is a 10-year-old program known at the President’s Malaria Initiative. Administered in part by the US Centers for Disease Control and Prevention, it has been working since 2005, with the US contributing millions to stop the disease in Africa.

That has been done the traditional slow way: mosquito nets, bug sprays, education programs, artemisinin-based combination therapies. Those involved in such programs are hopeful, though skeptical, that these methods can eliminate the disease in such a short time frame. There is no vaccine for the illness, though many are working to find one.

But more recently there has been much excitement about the concept of genetically altering mosquitos—the vector that is key to spreading the disease.

Researchers at the University of California San Diego’s section of cell and developmental biology reported in November, 2015 that they have modified a mosquito that carries malaria (known as (Anopheles stephensi) to make it resistant to a parasite that causes malaria, Plasmodium falciparum.

Using a cheap, effective new gene-editing technique known as CRISPR /Cas9 Genome Editing, researchers at the Wyss Institute, Harvard Medical School and Massachusetts Institute of Technology have shown they can alter just about any gene. CRISPR/Cas9 has come up with a cutting enzyme. Using it, scientists can target the DNA that codes for a particular trait, eliminate it, and replace it with desirable DNA.

Commenting on the UCSD researchers work, in Nature Kevin Esvelt of the Wyss Institute said it showed “We’re a hop, skip, and jump away from actual gene-drive candidates for eventual release,” meaning that hordes of such altered mosquitoes could be released into the wild.

Other researchers are modifying mosquitos so that in just a few generations there would be no fertile female mosquitos. Still other proposals involve editing the mosquito genome so a mosquito's offspring (and their offspring) would lack the ability to smell humans.

The idea of permanently altering, and even permanently eradicating mosquitos has not been particularly controversial.

But the CRISPR/ Cas9 system could also be used to change the human genome, and on that topic, passions run high.

In a statement last year, John Holdren, Director of the White House Office of Science and Technology Policy cautioned that “Altering the human germ line for clinical purposes is a line that should not be crossed at this time.”

An NAS/NAM task force in December released recommendations. The group, composed of scientists for seven nations, approved research in which individual patients could get their genes edited—but only in their somatic cells.

Such work is already underway in experiments around the globe.

The list of potential uses seems endless: from eliminating certain cancers such as breast malignancies caused by mutations in the BRCA1 gene, to ending autism, cystic fibrosis, and a host of other ailments.

A Japanese team, for instance, reporting in December at the American Society of Hematology meeting in Orlando, FL, said in a poster session that it had successully used CRISPR/Cas9 in three patients with inherited bleeding disorders.

Editing human embryos is far more controversial. Proponents see it becoming part of the in-vitro fertilization process for potential parents who are worried about passing on hereditary ailments.

In April, 2015, a Chinese team reported it had tried to alter the genes of human embryos to eliminate an inherited disease, Beta thalassemia. The CRISPR/Cas 9 technology successfully removed the undesired genetic material, but it failed to repair the gene it had edited. “Our work highlights the pressing need to further improve the fidelity and specificity of the CRISPR/Cas9 platform,” the researchers warned.

The NAS/NAM group called it “irresponsible to proceed with any clinical use of germline editing unless and until the relevant safety and efficacy issues have been resolved."

That topic drew much comment from patient advocate groups, such as those for people with Huntington’s Disease. At issue was whether it is safe yet to eliminate the gene that causes the inherited illness. Inherent risks I the procedure, the NAS/NAM said “inaccurate editing and incomplete editing of the cells of early-stage embryos; the difficulty of predicting harmful effects that genetic changes may have under the wide range of circumstances experienced by the human population.”

Another fear is that the technology will allow the creation of “designer babies” and put further stigma on people born with disabilities.

The biotech industry is ready to start more human experiments.

Speaking in November at a conference in Cambridge, MA, the chief executive of Editas, one of several startups using CRISPR/ Cas9 said it plans to start therapeutic uses by 2017.

First up, the company said it is targeting an eye disease called Leber congenital amaurosis. Reporting in online in Technology Review. The treatment will involve an eye injection designed to use CRISPR to delete about 1,000 DNA letters from a gene in a patient’s photo-receptor cells, restoring them to normal function.