Addressing deficiencies in nutrition in individuals with sickle cell disease (SCD) may play a role in improving disease severity and overall quality of life, according to a new study.

“Macro and micro-malnutrition, which results from insufficient food or micronutrient intake or reduced absorption, causes alterations in the body functions and composition and the impairment of the immune responses,” the investigators wrote.

“To date, the impact of nutrition on SCD severity and the quality of life in adults with SCD is not well defined.”

The team recruited and followed 62 adults with sickle cell disease, all of whom were ≥18 years of age. All patients were followed for a median of 93 months.

Thus, at baseline, the investigators solicited and evaluated patient medical and dietary history.

The outcome sought by the investigators was hospitalization due to SCD crises or death.

Therefore, at study entry, as many as 42 patients were determined to have macro and/or micro-under-nutrition. The remaining patients were considered well-nourished.

As such, the investigators noted that the BMI—in addition to other anthropometric measurements— was significantly lower in SCD patients compared to control subjects, or those without SCD (n = 50).

Further, up to 70% of SCD patients had vitamin D, vitamin B12, and zinc deficiencies.

However, baseline SCD severity scores were noted to be significantly higher in under-nourished patients in comparison to those who were well-nourished.

During the follow-up period, 46 patients—42 who were undernourished and 4 well-nourished—developed 1 or more vaso-occlusive pain crises or other related complications that required hospitalizations.

Among those who were under-nourished, 2 patients developed acute cholestasis with elevated hepatic transaminases during an acute vaso-occlusive plain crisis.

In terms of HRQoL measures, patients who were well-nourished self-reported superior mean SF-36 scores in various domains compared to under-nourished patients. Domains were categorized according to physical and mental health.

According to Kamal and colleagues, these findings showed that a considerable proportion of sickle cell disease patients suffered from malnutrition, which potentially contributed to various complications and low quality of life.

“Integrating the diagnosis and correction of macro- and micronutrient deficiencies into the standard management of SCD is critical for improving clinical outcomes and the patient’s quality of life,” the team wrote.

Nevertheless, they acknowledged that limitations exist in the study’s generalizability to other ethnicities as well as the need for longer follow-up to account for the effects of aging on the population.

The study, "The Influence of Nutrition on Disease Severity and Health-related Quality of Life in Adults with Sickle Cell Disease: A Prospective Study," was published online in Mediterranean Journal of Hematology and Infectious Diseases. 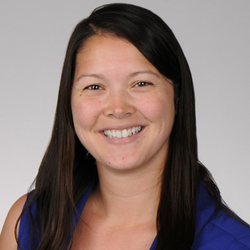 Not Just the Messengers: Carriers of X-Linked Diseases Can Be Patients Too