Do sexual concerns hurt the quality of romantic relationships? Many would probably nod. But data on older women shows changes over the years. 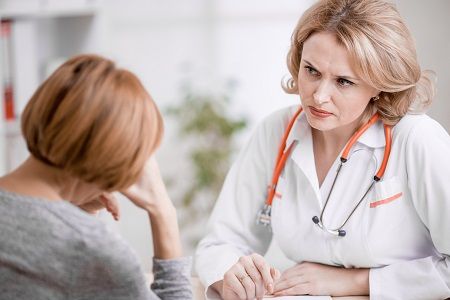 Do sexual concerns hurt the quality of romantic relationships? Many would probably nod. But data on older women shows changes over the years.

Researchers from the University Hospitals Cleveland Medical Center in Ohio aimed to find how women’s outlooks on sex vary as they enter menopausal ages. Their findings were presented at The North American Menopause Society 27th Annual Meeting (NAMS 2016) in Orlando, Florida.

More than 500 women ages 40 to 75, who were in relationships at the time, were included in the analysis. The participants took an online questionnaire that assessed sexual health concerns and what they thought would be personal consequences associated with them. In addition, it collected data on sociodemographic information, help-seeking motivation, and how those sexual concerns could impact intimacy and relationship quality.

“Although the women in this study felt that their sexual satisfaction could improve, the majority remained happy with the quality of their partnered relationships, demonstrating that sex may become less of a determinant of overall relationship satisfaction over time,” explained lead author Sheryl Kingsberg, PhD, chief of the Division of Behavioral Medicine at the University Hospitals Cleveland Medical Center.

This questionnaire also confirmed the need for better communication between healthcare providers and middle-aged women. Of the participants, 52% had not talked about their sexual concerns with their doctor. But out of those who had, 70% had to initiate the conversation.

The sexual concerns are there for women ages 40 to 75, but actually addressing them is a whole other issue.