Medical marijuana has had the spotlight for quite some time now â€“ there is even a company that makes kosher cannabis. But it turns out that the drug could be a novel approach to preventing and treating migraine headaches. 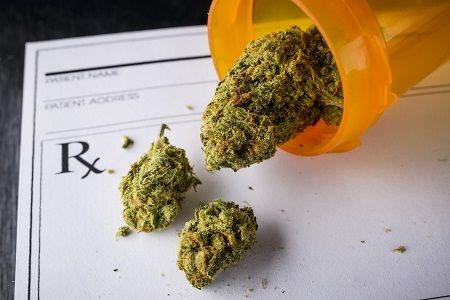 Medical marijuana has had the spotlight for quite some time now — there is even a company that makes kosher cannabis. But it turns out that the drug could be a novel approach to preventing and treating migraine headaches.

While one physician may be an advocate for the drug in certain conditions, another may recognize the mixed-bag study results backing up its use. Although inhaled cannabis didn’t prove to be all that helpful for chronic neuropathic pain, it looks like it may help another painful condition. Researchers at the Skaggs School of Pharmacy and Pharmaceutical Sciences at the University of Colorado Anschutz Medical Campus examined patients between January 2010 and September 2014 to determine the impact medical marijuana has on migraines.

“There was a substantial improvement for patients in their ability to function and feel better,” senior author Laura Borgelt, PharmD, FCCP, BCPS, said in a news release.

The team studied 121 patients with diagnosed migraines who were being treated with medical marijuana. The average amount of migraines per month dropped from 10.4 to 4.6 with the use of the cannabis. To put it in perspective, 103 patients experienced a decrease in migraines, 15 patients reported the same amount, and three patients said they had an increase. The most common positive effect was prevention of migraine with decreased frequency (24 patients or 19.8%) and the second most common was aborted migraine (14 patients or 11.6%), according to the study published in Pharmacotherapy.

Notably, most of the patients used more than one form of marijuana and on a daily basis.

“Like any drug, marijuana has potential benefits and potential risks. It’s important for people to be aware that using medical marijuana can also have adverse effects,” Borgelt pointed out.

The type of marijuana also played a role in side effects. Those who used an inhaled form commonly used it for acute migraine treatment and reported that it aborted their headache. Negative effects were only observed in patients using edible marijuana — which were drowsiness (2 patients or 1.7%) and difficulty controlling effects of marijuana in terms of timing and intensity (2 patients or 1.7%).

As far as why marijuana appears to have a positive impact on headaches, well, researchers aren’t 100% sure.

“We believe serotonin plays a role in migraine headaches, but we are still working to discover the exact role of cannabinoids in this condition,” Borgelt continued.

More data is needed to fully understand the cause-and-effect relationship between marijuana and migraines; but for being one of the first studies to do so, we’re off to a good start.

“If patients are considering medical marijuana they should speak to their health care provider and then follow up so we can track the impact of their overall treatment. Open communication is necessary because we need to know how all of these treatments work together,” Borgelt concluded.