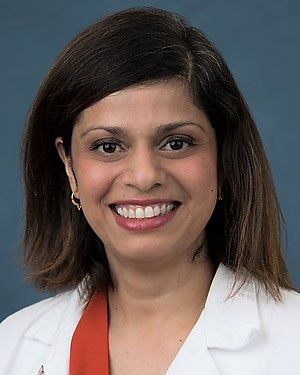 More than 1-in-4 cardiologists report experiencing mental health conditions, according to the results of an American College of Cardiology (ACC)-led survey.

“We highlight the need for the culture of cardiology to be more inclusive and supportive of those affected and encourage them to report their illness and seek treatment,” wrote investigators. “Given the high prevalence of mental health disorders among cardiologists globally, dedicated efforts are needed, on an individual and organizational level, to reduce the causes of mental illness and to create a safe environment for those affected by [mental health conditions].”

Led by Garima Sharma, MD, associate vice chair of Women’s Careers in Academic Medicine in the Department of Medicine at Johns Hopkins Medicine, and a team of colleagues that included Laxmi Mehta, MD, the vice chair of wellness for the Department of Internal Medicine at the Ohio State University Wexner Medical Center and chair of the ACC’s Task Force on Clinician Well-Being, the current study was led with the intent of estimating the global prevalence of mental health conditions among cardiologists and its relationships to professional life. Investigators obtained data for their analyses from a 50-item online anonymous questionnaire conducted by the ACC in the latter half of 2019 that was administered to 71,022 cardiologists across Africa, Asia, Europe, Oceania, and South and North America.

For the purpose of analysis, mental health conditions of interest included alcohol/drug use disorder, suicidal tendencies, psychological distress, other psychiatric disorder, and major psychiatric disorder. Investigators pointed out ACC member and nonmember cardiologists listed within the ACC database were considered eligible for inclusion.

When assessing the influence of race and ethnicity, results suggest Hispanic cardiologists (35.3%) were more likely to report mental health conditions than their White (27.8%), non-Hispanic Black (26.3%), or Asian (21.6%) counterparts (P <.001). Investigators pointed out 71% of Hispanic cardiologists were from South America or Central America.

In an editorial comment, Andrew Sauer, MD, a cardiologist at Saint Luke’s Mid America Heart Institute, paints a picture of the hurdles and struggles faced by early career as well as established cardiologists. Sauer describes the need for implementing interventions at multiple stages of the mental illness progression cycle and finishes by touching on what he interprets as a cause for hope.

“Pursuing a career in cardiology can be a masterclass in delayed gratification and quiet suppression of self-care. We commonly defer life timelines all in the spirit of commitment to patient-care excellence. And the intrinsic rewards of easing the suffering of our patients while experiencing the enrichment of the patient-doctor relationship cannot be understated,” Sauer opined. “But medicine is increasingly isolating for many. Burnout, psychological distress, overt mental illness, and suicidal ideation are legitimate threats to healthcare’s central aims.”

This study, “Prevalence and Professional Impact of Mental Health Conditions Among Cardiologists,” was published in the Journal of the American College of Cardiology.