The story of how journal editors, the clinical research community, and Big Pharma managed to work together to protect the public health, ensure the continued advance of medical science, and safeguard vital intellectual property.

Complete information transparency and the protection of intellectual property do not make friendly neighbors, and this reality has historically been a stumbling block to disclosure of results from clinical trials. Managing the competing needs of sponsors, pharmaceutical companies, investigators, and the public interest can be tricky, and it would seem that mandating the deposit of trial design information into an accepted clinical trials registry would lead to more secrecy and a decrease in trial disclosures. 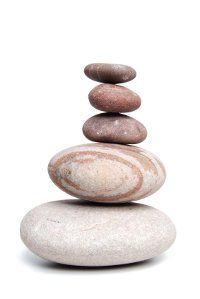 However, in 2005, the International Committee of Medical Journal Editors (ICMJE) provided the impetus for change regarding trial information disclosure when it announced ICMJE journals would no longer publish results from trials that were not registered in a public trials registry. Many other publications adopted their guidelines. Accordingly, ClinicalTrials.gov, the largest trials registry at the time with a 13,153-trial database, saw a registration increase of 40% within one month.

An explosion of information

That figure has since risen to more than 71,000, according to Deborah Zarin, assistant director for clinical research projects at the National Library of Medicine (NLM), spurred by the ICMJE, as well as provisions in the Food and Drug Administration Amendments Act of 2007 (FDAAA).

“Since FDAAA went into effect on the registration side, we’ve been getting between 300 and 350 new trials registered per week from around the world. This is up from about 250 prior to this law being passed,” said Zarin, during an April 20, 2009 public meeting on expanding the registry.

NLM, which has primary responsibility for clinicaltrials.gov, has also received nearly 700 records of basic study results from the drug industry and other contributors, Zarin said. She said that about 40 new results records are submitted to NLM each month.

Who is required to register?

Although FDAAA 2007 expanded the registration mandate to include all Phase II-IV controlled clinical trials of FDA-regulated drugs, biologics, and devices (previously only trials involving serious or life-threatening conditions were required to be registered), many industry observers—including William Vaughan, health policy analyst for Consumers Union&mdash;argue for widening the scope further to include Phase I trials and trials of non- FDA approved medical materials.

“Information gained from all trials involving human subjects should be part of the world’s scientific database,” wrote Vaughan in a public comment on the registry expansion. “Knowing what doesn’t work is in many ways as important as knowing what does.” Vaughan especially believes that there is much to learn from Phase I trials in the way of efficacy and safety. (www.regulations.gov - NIH-2009-0002-0005.1)

Rules mandating that researchers report results of the “doesn’t work” type take effect in September 2009. All adverse events—major, minor, and unexpected&mdash;must be presented in tabular format, listing organ type and number and frequency for each arm of the trial; adverse events affecting greater than 5% of study participants will be listed separately.

This development was particularly important to Edward W. Campion, senior deputy editor and online editor, New England Journal of Medicine, who, in a passionate missive, argued that “anything less [than inclusion of adverse events data] is not living up to an acceptable standard of reporting of clinical research” (www.regulations.gov — NIH-2009-0002-0015).

In addition to adverse event reporting, FDAAA 2007 “requires responsible parties to submit basic results information for applicable clinical trials,” including “demographic and baseline characteristics of the patient population… including the number of patients who dropped out of the clinical trial or were excluded from the analysis,” and “primary and secondary outcome measures for each arm of the trial, including the results of scientifically appropriate tests of the statistical significance of such outcome measures” (www.regulations.gov - NIH-2009-0002-0001).

The National Institutes of Health is considering a rule change that would extend the data submission deadline to 18 months. Currently, the deadline remains at 12 months from the end of the study.

Although nearly 700 results records have been received since the rule took effect, far fewer are publicly accessible. According to Zarin, the lack of accessibility is due to NLM’s review process, which seeks to ensure that the results are free from illogical, unclear, and problematic information.

Zarin noted that observations of early mistakes in the data review process revealed a need for increased scrutiny on the part of investigators when compiling data for submission. She said that, “In our view, it is typically true that an investigator and a statistician will need to be involved in creating these data tables. Essentially, creating these data tables for the basic results database is equivalent to writing a journal article, and it’s important that the kind of people involved in this would be involved in writing an article.”

Certainly FDAAA 2007 and the 2005 ICMJE guidelines have fomented expansion of publicly available data on international clinical trials, contrary to initial concerns over the revelation of proprietary knowledge. However, in light of the September 2009 mandate on adverse events data and upcoming rulings on whether to require submission of the full clinical protocol, concerns have re-emerged that early revelation of data will be damaging to stakeholders.

“Transparency in clinical trials leads to greater transparency,” said Francis P. Crawley, Executive Director of the Good Clinical Practice Alliance — Europe, during an April 20, 2009 public meeting on expanding the registry. And increased transparency, said Crowley, “will create increasing expectations and demands from the scientific, medical, and patient communities, as well as the public generally, with regard to more information and more analysis” (www.regulations.gov – NIH- 2009-0002-0017.1).

And while Francer did announce revisions to PhRMA’s “voluntary Principles on Conduct of Clinical Trials and Communication of Clinical Trial Results” that required disclosure of “clinical trials at the time of patient registration, upon new drug approvals, and… upon the discontinuation of research programs,” he stressed the need for the government to “continue to act as a responsible steward of confidential commercial information and trade secrets in order to maintain the competitive market for innovations that save lives.”

Crawley, on the other hand, believes that the “submission and publication of the full clinical trial protocol” is but an inevitability and recommends development of a system to protect the fruits of privately funded clinical trials while at the same time “assuring that science… is brought fully to the public domain.”

As for publicly funded trials, Crawley believes it a natural process that the data follow the dollars into the public domain. The coming months will reveal whether his predictions hold true.

What’s in a name?

A clinical trial registry “provides patients and physicians with information about ongoing clinical trials that are open and recruiting patients.” The best-known example of a clinical trial registry is ClinicalTrials.gov, a government-sponsored database operated by the National Institutes of Health that is a “central registry of trials for all serious and life-threatening diseases and conditions.” On the other hand, a clinical study results database is “designed to improve accessibility to, and transparency of, the results of clinical studies.” Such an electronic database is a “central, standardized repository for published and unpublished clinical studies that have already been completed. This industry-sponsored registry will provide access to the results of all hypothesis-testing clinical studies of marketed drugs—regardless of outcomes.”

The granddaddy of them all, ClinicalTrials.gov offers up-to-date information for locating federally and privately supported clinical trials for a wide range of diseases and conditions. ClinicalTrials.gov currently contains more than 75,000 trials sponsored by the National Institutes of Health, other federal agencies, and private industry. Studies listed in the database are conducted in all 50 States and in nearly 170 countries.

Eli Lilly “conducts research with the intent of learning more about treatment options, disease states, diagnostics, and other associated issues that contribute to the health and well being of patients.” Eli Lilly’s trial registry reports results from individual trials/studies only, grouping them by product and therapeutic area, recently initiated clinical trials, and observational/non-interventional studies. 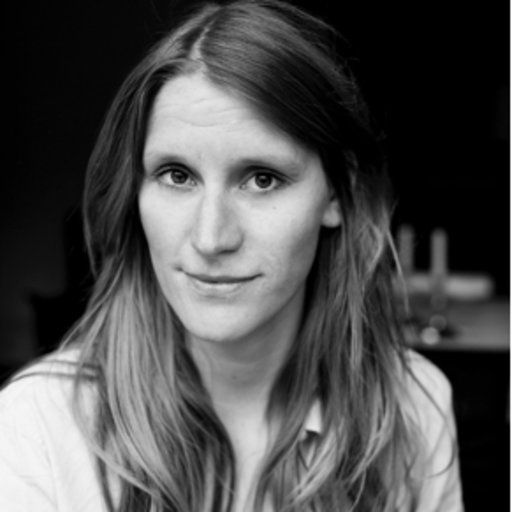