An update from the PIONEER trial shows the combination gene therapy and medical device strategy is safe and tolerable, while providing cases of improved light perception.

An optogenetics device in combination with gene therapy is proving safe, tolerable and, according to case series reports, efficacious in the treatment of end-stage blindness in patients with retinitis pigmentosa (RP).

In a presentation at the American Academy of Ophthalmology (AAO) 2021 Meeting in New Orleans this week, Jose A. Sahel, MD, Chair of the Department of Ophthalmology at the University of Pittsburgh School of Medicine and Director of the UPMC Eye Center, provided an update on GenSight Biologics’ product candidate GS030, an external wearable medicine device promised of biomimetic googles that provide a light source in patients with RP.

RP is an inherited retina disease with more than 100 known mutations. It is associated with a slow and irreversible evolution leading to blindness, generally onset in patients 40 to 45 years old. Up to 20,000 Americans are diagnosed with the disease annually, and the condition afflicts approximately 1.5 million patients worldwide.

Sahel stressed the device is targeting patients with “very advanced RP”—in many cases, patients have little to no light perception remaining.

The approach uses technology approximately 30 years old that restores vision via optogenetics—replacing complex cascades with 1-component light-sensors. An assessment of 4 different optogenetic therapies led to promising data with ganglion cells that resulted in the current clinical trial of combined AAV2.7m8 vector gene therapy and the GenSight-developed medical device glasses with a light projector that provide a stimulation of light perception-conducive proteins in appropriate wavelengths.

The first patient from their assessment—as published in a case report in Nature Medicine in May 2021—was a 58-year-old man diagnosed with RP 40 years ago. The patient had light perception at the time of study enrollment. Following GS030 optogenetic therapy, he was able to locate and count objects on a table and could identify crosswalks in the street.

In the PIONEER study, investigators have completed dose escalation among their 9 treated patients; the highest best-tolerated dose as of September 2021 is 5E11 vg/eye. The combination gene-medical device therapy has been well tolerated up to 3 years following intravitreal treatment.

The most commonly reported ocular adverse events have included anterior or intermediate intraocular inflammation response to corticosteroid therapy, in 5 patients. No patients have reported systemic issues linked to the gene therapy, nor any adverse events that had led to study discontinuation.

“We are optimizing the system currently with better vectors—and more importantly, more cell-specific targeting,” Sahel said. “And because the device is outside the eye, we are also able to optimize the signal based on what patients are telling us.”

The study, “Optogenetics in the Clinic: Safety and Efficacy Updates on the Phase I/II Clinical Trial PIONEER,” was presented at AAO 2021. 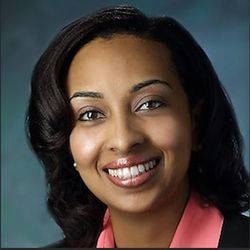