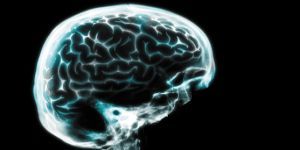 For their pilot study presented at the American Pain Society 33rd Annual Scientific Meeting, held April 30, 2014, to May 3, 2014, in Tampa, FL, Anna L. Kratz, PhD, of the Center for Outcomes Development & Application in the Department of Physical Medicine and Rehabilitation at the University of Michigan, and Tiffany J. Braley, MD, MS, of Multiple Sclerosis and Sleep Disorders Centers in the Department of Neurology at the University of Michigan, examined the correlation between pain intensity and cognitive test scores in 40 adult patients diagnosed with MS and explored the underlying mechanisms among those elements, such as sleep duration.

Within the current research sample, 26 patients had relapsing-remitting MS, 9 had secondary-progressive MS, and 5 had primary-progressive MS. Subjects were excluded from the study if they demonstrated “severe cognitive impairment, severe depression, visual and/or hearing impairments, lack of independent mobility, use of medical treatment for obstructive sleep apnea (OSA), and drug and/or alcohol dependence,” Kratz and Braley said.

During the study’s baseline visit, the investigators calculated the patients’ PROMIS Pain Intensity and Expanded Disability Status Scale (EDSS) scores and then showed them how to use a wrist-worn accelerometer, which continuously collected data on objective sleep parameters by recording ambient light and physical movements. In order to assess the association between pain and cognitive performance with and without sleep duration as a factor, the authors conducted the Controlled Oral Word Association Test (COWAT), Judgment of Line Orientation (JLO) test, and the Symbol Digit Modalities Test (SDMT) on the patients.

When they left out sleep duration in their analysis, Kratz and Braley found “pain intensity was independently associated with poorer performance on tests of verbal fluency (COWAT), visuospatial judgment (JLO), attention, working memory, and psychomotor speed (SDMT) above and beyond the effects of age and MS-related disability.” In fact, pain severity explained 8-10% of the variance in performance across those cognitive tests.

Even after they included sleep duration, the researchers said “the associated between pain and cognitive functioning was maintained for … poorer visuospatial judgment (JLO) and verbal fluency (COWAT).” In this set of regression models, pain intensity similarly accounted for 5-10% of the deviation in cognitive test performance.

Based on their findings, Kratz and Braley speculated that “pain contributes to cognitive dysfunction in MS beyond the effects of neuronal damage, cumulative neurological disability, or actigraphy-based sleep measures.” Additionally, the investigators said further research on the mechanisms underlying this association “could lead to novel advances in the management of cognitive dysfunction in MS through pain-based interventions.”