Parents who knew their children were at higher risk of type 1 diabetes were able to get the condition diagnosed before serious complications developed.

The likelihood of a child being diagnosed with diabetic ketoacidosis (DKA) at the time they are diagnosed with type 1 diabetes (T1D) is lower when the parents are made aware of the child’s increased genetic risk of developing diabetes, according to new research.

The findings suggest that when parents are encouraged to look out for symptoms of T1D, they are more likely to identify the condition earlier and before the complication of DKA develops.

Corresponding author Meranda Nakhla, MD, MSc, of McGill University, and colleagues, explained that DKA can be a life-threatening complication, and yet it is largely preventable. However, in the US and Canada, significant percentages of children have already developed the complication by the time their underlying T1D is diagnosed. In Canada, 19% of children diagnosed with T1D have developed DKA at the time of their T1D diagnosis; in the US, the rate is 40%.

In addition to later T1D diagnosis, lower socioeconomic status and age (under 5 years old) have also been identified as risk factors for DKA.

In cases where children are at a higher genetic risk of T1D, the investigators posited that greater parental awareness of the risk would lead to earlier diagnosis of the disease, thereby lowering the risk of presenting with DKA at T1D diagnosis. In order to test that hypothesis, the investigators used data from the landmark Trial to Reduce InsulinDependent Diabetes Mellitus in the Genetically at Risk (TRIGR) Study, which examined whether hydrolyzed infant formula or cow’s milk-based formula affected the risk of developing T1D in genetically at-risk children. Parents participating in the study were aware their child was at heightened risk of T1D, so the authors were able to use the cohort to understand the effect of such knowledge on DKA risk.

One hundred and seventy-three patients in the study were diagnosed with T1D, and 8 of those children had DKA at the time of T1D diagnosis, a rate of 4.6%. That figure is significantly below the rates identified in the general populations of the United States and Canada, and is also below the 13.1% rate observed in a previous longitudinal study of children at increased risk of T1D.

The patients in the study lived in several countries, including the US, Canada, and Finland. However, the cases of DKA were not spread evenly from country to country. While 46 patients with T1D were from Canada, just 1 of those patients (2.2%) presented with DKA at the time of T1D diagnosis. Conversely, in the US, 32 patients were diagnosed with T1D, but 4 of those patients (12.5%) had DKA.

“With these small numbers, our results suggest regional disparities in DKA risk, necessitating further exploration of whether differences in healthcare availability and access are factors that underlie our findings,” Nakhla and colleagues wrote. Both Canada and Finland have universal healthcare coverage.

The investigators also noted that each participant with T1D in the TRIGR study had a first-degree relative with T1D, which was not the case in earlier studies. This might have contributed to better parental awareness of T1D symptoms, the authors said.

As for the study’s secondary endpoints, the data did not show statistically significant increased risk due to socioeconomic status or age; however, the investigators said further exploration and a larger study might better elucidate the significance of those risk factors.

The research letter, “Diabetic Ketoacidosis at the Time of Diagnosis of Type 1 Diabetes in Children,” was published online in JAMA Pediatrics. 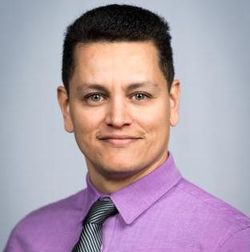