EP: 4.Impact of Geographic Atrophy on the Caregiver

EP: 12.Treatment of Both Eyes and Subfoveal Lesions in Geographic Atrophy

Eleonora M. Lad, MD, PhD: We’re talking about how dietary modifications—bringing nutrients in—might affect the pathobiology of geographic atrophy in a positive way. Can you tell us about pathophysiological changes in geographic atrophy and the promising treatment targets for this terrible disease?

David R. Lally, MD: Absolutely. Around 2005, we started getting signs from research that the complement system might be involved in macular degeneration and the development of geographic atrophy. This came from the genome-wide association studies, the GWAS studies, which found that some common variants in the complement system affected the risk of developing geographic atrophy in these patients. That was a big first sign to us, genetically speaking. As Nancy mentioned earlier, this is a complex genetic disease, and it doesn’t follow mendelian genetics. We saw a signal that there are some common variants, and they’re not all in the complement system. There are some specifically in the lipid system and other types of systems, but the most common 1 is complement.

When we looked at these eyes under the microscope, when we looked at the histopathology, we also saw a lot of complement in drusen. Drusen is the hallmark feature of macular degeneration. With the GWAS studies and with the histopathological studies, we started focusing on complement. We’ll talk about the therapies that have been developed thereafter. Other things we start to see would be mitochondrial dysfunction. That’s another place where we’ve seen a lot of changes. If you look under the microscope at the mitochondria, they’re dysfunctional appearing in eyes with geographic atrophy compared with those that are not, so there may be problems with energy and mitochondrial function. Those are the main ones I can think of. Jay or Nancy, can you think of anything else?

Jayanth Sridhar, MD: The other idea has been that those are all designed toward the pathway that caused the disease. One thing we’ve seen is a lot of research into replacing the diseased tissue. That includes stem cells. That includes—going way back—the idea of grafting this tissue somehow. Is there way to restore a normal retina RPE [retinal pigment epithelium] to this diseased state? That’s been a big challenge, there’s been a lot of research in that area, but that’s the other approach: replacing diseased tissue with normal or “healthier” tissue.

Nancy M. Holekamp, MD, FASRS: I’ve been following the RPE transplants for the last 20 to 25 years. They’re fraught with potential complications like fibrosis and not being able to maintain a healthy RPE layer in the transplanted state. Now we’re thinking about infusing stem cells that might lead to RPE replacement. Those studies, those attempts, are admirable, but we’re a long way off. It’s a very challenging strategy to try to treat this disease. With the GWAS information—4 different independent laboratories in 2005 pointed to complement factor H as a prime target—it makes perfect sense to me that our first approaches at therapeutics is targeting complement.

Jayanth Sridhar, MD: To be complete, the other thing to add would be the inorganic replacement. There’s been discussion of using some sort of electrode, something that will replace retinal transmission or enhance it. That’s been looked at in other fields of retina. There are a couple of trials in our field that have looked at subretinal implants, some sort of chip that would promote retinal transduction. As a field, we’ve felt that there’s a ceiling effect to that. That’s why when we complement, it’s more of an encouraging pathway. 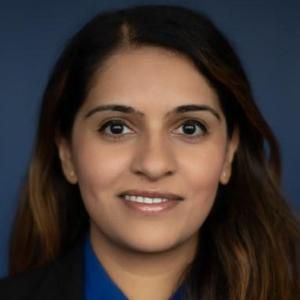