There has reportedly been a recent outcry from pediatricians after a paper published in the May issue of Pediatrics by the American Academy of Pediatricians (AAP) claimed the U.S. Chemical management policy does not adequately protect children and pregnant women from chemical risks, who are extremely vulnerable to hazardous substances.

The American Academy of Pediatricians has also issued a policy statement advising that the Chemical management policies be amended.

The Toxic Substance Control Act (TSCA) was passed in 1976, but pediatricians claim that it has not been updated to adequately address the tens of thousands of new chemicals that have been developed since then, and these chemicals have not been properly investigated to check for their safety and the effects they could potentially have on children and the environment.

Paulson stated that examples of the policy’s inadequacy can be found nearly everywhere, most especially in the case of substances such as Bisphenol A, a chemical that has been found to possibly trigger neurological problems in children and have been used for decades in plastic drinking bottles.

"In the last couple of years we've had a 'toxicant of the month' situation," he said. "Why aren't these chemicals tested before they're in the market so we . . . can know if they're unlikely to do harm to the environment or to human beings?"

Health concerns have been recently voiced regarding potential health risks linked to materials such as volatile organic compounds (VOCs), found in paints and glues, and flame retardants, which are used in multiple consumer products, like crib mattresses and child car seats; the health problems potentially connected to such substances are fertility and thyroid hormone issues, dizziness, impaired memory and visual disorders.

"Many substances we identify as potentially harmful to children mainly because of their developmental effects," said Dr. Megan Schwarzman, a research scientist at University of California-Berkeley's School of Public Health. "There is increasing science on the childhood, and even potentially lifelong, effects during these critical windows of time and during pregnancy."

As the current TSCA policy stands, companies creating consumer products are required to disclose any known hazards of chemicals they use, but the companies are required to carry out neither pre-market testing nor post-market follow-ups, unlike drug companies who must perform both to ensure the safety of the drugs.

According to Paulson and many other pediatricians, this policy discourages companies to learn more about the chemicals they use because any problems found would require resolution at the expense of the company.

"There's no minimum data requirement. It rewards ignorance, really," said Schwarzman, "People think there's some general oversight of chemicals in the products and whether they're safe—and that's not the case," Schwarzman continued. "We need to switch the burden of proof, so manufacturers have proven safety and efficacy of their products before they're marketed."

Some examples of the changes the AAP and the paper are calling for are:

2) The U.S. Environmental Protection Agency (EPA) be given the authority to demand additional safety data of chemicals, as well as the authority to limit or cease marketing of any chemical if a good deal of concern for safety is present

3) The federal government provide funding to examine the effects of chemicals used in consumer products on the health of children, focusing research on possible reproduction and developmental outcomes.

Paulson said the pediatricians are simply asking for “a reasonable standard we can all agree on that only requires some evidence of harm or potential for harm."

According to the paper, more than 80,000 chemicals are used in trade in the U.S., roughly 3,000 of which are categorized as “high-production volume” as they are imports which arrive in the country in numbers as high as one million pounds or more per year.

Despite the high volume of chemicals being increasingly imported into the United States (EPA reported that 27 trillion pounds of chemicals were either imported or produced in the U.S. per year in the early part of the decade), over the course of the last 35 years, the TSCA policy has regulated only five hazardous chemicals, including dioxin, polychlorinated biphenyls, and asbestos.

"The TSCA is so ineffective that it took a separate act of Congress to amend the TSCA so that the EPA could regulate asbestos, one of the most dangerous toxic substances," stated the policy statement issued by the AAP.

While Paulson noted any study or experiment to measure chemical safety could hardly be performed on children and pregnant women, animal testing and some human cell culture tests could indicate the toxicity of a potentially harmful chemical under investigation.

Schwarzman and other pediatricians reportedly are optimistic about getting the attention of Congress, who has the power to resolve the matter of TSCA’s inadequate policies.

"Of course, there's going to be resistance to changing it, because anything we do to change it is going to cost companies money," said Schwarzman. "But the cost of doing nothing is high." 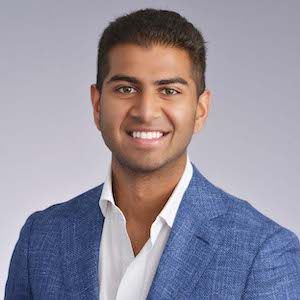