Men in the highest quartile of PDE-5i exposure had the lowest incidence of MACE and overall mortality compared to the lowest exposure quartile. 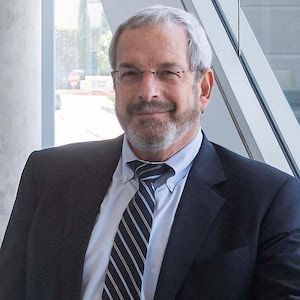 In a large population of US men, those with the greatest PDE-5i exposure had correspondingly greater reductions in MACE (by 55%) and overall mortality (by 49%). Reductions in MACE were mostly in part driven by reductions in coronary revascularization, heart failure, unstable angina, and CV mortality.

“This study adds to our knowledge base of the potential for PDE-5is to provide CV protection and provides impetus for future randomized, controlled trials,” wrote corresponding author Robert A. Kloner, MD, PhD, Huntington Medical Research Institute.

Worldwide adoption of oral PDE-5is as a first-line therapy for ED over the last two decades has significantly increased knowledge of the broader effects of PDE-5 inhibition on the vascular system. The current investigator team aimed to determine if PDE-5i exposure would be associated with a decreased incidence of MACE and overall mortality in men with ED compared to unexposed controls.

They conducted a retrospective observational cohort study in a large US claims database that identified men with ≥1 diagnosis of ED between January 2006 – October 2020. Men who filled 1 or more prescriptions for an approved PDE-5i (sildenafil, vardenafil, tadalafil, or avanafil) after diagnosis of ED without any PDE-5i claim in the baseline period were identified and matched 1:4 to a control group without any claim for PDE-5i.

Overall, 673,761 men with at least 1 claim for ED during the study period were screened as potentially eligible for inclusion. After excluding those without key endpoint data, a large subgroup (n = 23,816) of men were selected as ED-confirmed patients with PDE-5is and an additional 48,682 men were selected as matched controls.

Those with PDE-5i exposure additionally had a statistically significant lower risk of overall mortality by 25% (HR, 0.75; 95% CI, 0.65 - 0.87; P <.001) compared to the unexposed men. Similar patterns were observed for men diagnosed with ED and no overt CAD, but with CV risk factors at baseline.

Results indicated an apparent dose-response effect with increasing levels of exposure inferred from the number of pharmacy claims. Men with the highest level of exposure to the PDE-5is had the greatest magnitude of effect, as those in the highest quartile had the lowest incidence of MACE (HR, 0.45; 95% CI, 0.37 - 0.54; P <.001).

Limitations of the study were cited by Kloner, including the study’s retrospective design having the potential for residual confounding by unaccounted-for variables. Although a clinically meaningful association was observed between PDE-5i exposure and reductions in MACE, investigators could not establish causation.

“It may be postulated that men who have ED and are capable of taking PDE-5is and engaging in sexual activity may be healthier to begin with, and that unmeasured baseline differences may contribute to the effects observed,” Kloner wrote.

The study, “Effect of phosphodiesterase type 5 inhibitors on major adverse cardiovascular events and overall mortality in a large nationwide cohort of men with erectile dysfunction and cardiovascular risk factors: A retrospective, observational study based on healthcare claims and national death index data,” was published in The Journal of Sexual Medicine.