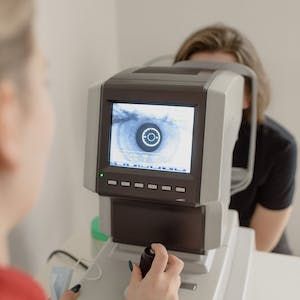 Investigators in a recent study collected records of retinal findings in a Norwegian diabetic population, in order to determine the effect of dietary intake of marine polyunsaturated fatty acids (PUFAs) on the development of diabetic retinopathy.

The team, led by Knud Erik Alsbirk, MD Sotra Eye Clinic, observed no patients in the study had best-corrected visual acuity (BCVA) lower than 0.3 (log MAR 0.48) as a result of diabetic retinopathy.

A total of 514 patients with diabetes were recruited from November 2009 - March 2011, with 4 dropping from the study after refusal. Of the total patient population left, 50 type 1 diabetes patients (40% females) and 460 type II patients (47.4% females) were included, with all patients having ≥1 year duration of diabetes.

All patients were scheduled for routine follow-up at an ophthalmological practice in the study area, which serves a population of 40,000 in the local Norwegian communities.

During follow-up, data was collected including demographics, BCVA in right and left eye, and severity of retinopathy after dilation. In addition, investigators collected data on the existence of vision threatening diabetic retinopathy (VTDR), with a DME grade ≥2 or PDR.

Patients also reported medical parameters, including level of HbA1c, use of antihypertensive medication and statins, as well as self-reported diet history of estimated weekly intake of fish foods and weekly use of PUFA supplements.

Investigators analyzed the association between intake of fish oils and visual acuity through linear regression for BCVA and logistic regression for DME (DME >1) and DR (DR >0).

Analysis of the data show the median age of the type 1 diabetes group and the median diagnosed duration was 11.5 years. Data also show HbA1c levels were found in 92% of the patients, with 39% of patients using antihypertensive medication and 34% using statins.

Further, the type 2 group had a median diagnosed duration of 8 years and a mean age of 66 years. A total of 84% knew their HbA1c levels, with 66% of patients using antihypertensive medication and 64% taking statins.

Also, investigators noted the average number of fish meals per week was 3.2 in the type 1 group and 4.4 in the type 2 group. The data collection shows 44% of type 1 patients and 55% of type 2 patients took omega-3 supplements regularly.

They noted timely ophthalmological care in diabetes patients would benefit prevention of visual and systemic impairment in one of the leading worldwide causes of blindness and morbidity.

“It seems safe to conclude that daily normal intake of fatty fish and/or fish oils may prove to be an important low-cost prophylaxis against diabetic microangiopathy with little risks,” investigators wrote. “Further carefully designed multicenter studies including monitoring of serum PUFA levels are needed to settle this important issue.”

The study, “Diabetic retinopathy and visual impairment in a Norwegian diabetic coast population with a high dietary intake of fish oils. An observational study,” was published online in Acta Ophthalmologica.