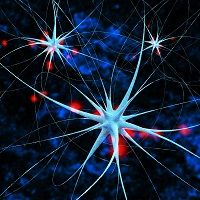 How do mutations associated with familial Alzheimer's disease (FAD)—a rare form of Alzheimer’s disease that has an early and aggressive onset&mdash;produce the disorder's devastating effects? A new mouse study provides answers.

Presenilins are critical for memory formation, synaptic function, and neuronal survival; they also encode essential components of γ-secretase. Patients who develop familial Alzheimer's disease (FAD) often have mutations in the Presenilin-1 (PSEN1) gene. Prevailing thought has been that mutations increase presenilin and γ-secretase activity. Such increases would create β-amyloid overproduction, and β-amyloid 42 seems to be more likely to be deposited in plaques. How pathogenic PSEN1 mutations cause FAD has been uncertain, although many researchers have proposed mechanisms.

These researchers used PSEN1 knock-in (KI) mice carrying a specific FAD mutations (L435F or C410Y). One mutation is relatively common among FAD patients, and the other is fairly rare. Both are located near the site where the protein interacts with its target molecules when incorporated into γ-secretase.

Animals in which both copies of PSEN1 were mutated did not survive after birth. Mice in which a single presenilin-1 gene was mutated, survived, and developed learning and memory impairments compared with control mice. Neither mutation altered PSEN1 mRNA expression, but both abolished γ-secretase activity. Heterozygosity for the KI mutation decreased production of Aβ40 and Aβ42, increased the Aβ42/Aβ40 ratio, and exacerbated Aβ deposition.

These findings indicated that the target mutations decreased, rather than increased, function of the presenilin-1 protein and the γ-secretase enzyme. These changes resulted in neurodegeneration and dementia.

The researchers noted that FAD mutations could trigger complete loss of PSEN1 function in vivo. Clinical PSEN mutations produce FAD through a loss-of-function mechanism. These findings have important therapeutic implications because several drug companies have pursued drugs that target PRES1 and been unsuccessful. These researchers suggested exploring strategies that enhance (rather than inhibit) γ-secretase as potential Alzheimer's therapies. This study appeared in the March 2015 issue of Neuron.