British research indicates that previous fracture appears to be associated with an increased likelihood of chronic widespread bodily pain, particularly with hip fractures in women, and spine fractures in both sexes. 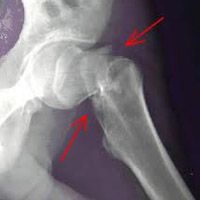 British research indicates that previous fracture appears to be associated with an increased likelihood of chronic widespread bodily pain, particularly with hip fractures in women, and spine fractures in both sexes. In fact, the study—published in the December 17, 2015 online edition of the Archives of Osteoporosis—found that men and women with a previous spine fracture and women with a previous hip fracture were more than twice as likely to repot long-term widespread pain when compared with counterpart who had not experienced a fracture of any type.

“The causes of chronic widespread pain are poorly characterized, and this study is the first to demonstrate an association with past fracture,” said lead researcher Nicholas Harvey MA, MB, BChir, MRCP, PhD, Professor of Rheumatology and Clinical Epidemiology for the Medical Research Council Lifecourse Epidemiology Unit (MRC LEU) at the University of Southampton. If confirmed in further studies, these findings might help us to reduce the burden of chronic pain following such fractures."

For the study, Harvey and colleagues sought to test the hypothesis that a history of fracture is associated with reporting chronic widespread bodily pain using baseline data from the UK Biobank cohort, which consists of more than 500,000 people aged 40 to 69 years. Current chronic widespread bodily pain was defined based on responses of “yes” to the questions “Do you have pain all over the body?” and “and have you experienced pain all over the body for more than 3 months?” The study team them tested the relationship between fracture (occurring within 5 years prior to the baseline interview and recorded by self-report) at the spine, hip, upper limb, or lower limb and current chronic widespread bodily pain. The possible effects of various confounding factors, such as diet, lifestyle, body build, and measures of psychological health, were considered.

Senior author Cyrus Cooper, OBE, MA, DM, FRCP, FFPH, FMedSci, Director of the MRC LEU at the University of Southampton, added, “This study illustrates the importance for the University of Southampton and MRC Lifecourse Epidemiology Unit in leading large, multi-center analyses on this internationally leading UK Biobank dataset. The findings will be built upon in further analyses that capitalize on the genetic and intensive musculoskeletal phenotyping components of the study in which we continue to play an important role.”