Post-traumatic stress disorder (PTSD) was associated with accelerated cognitive decline in middle-aged women, according to new data from a large-scale perspective cohort study.

Though PTSD has been strongly associated with a decline in cognitive function in previous research, few longitudinal studies had been conducted regarding this association, especially as it relates to women.

On average, an estimated 8.6% of women in the United States will develop PTSD in their lifetime. Likewise, US women have a 21.1% lifetime risk of Alzheimer disease, which has been strongly associated with cognitive decline.

As such, an investigative team led by Andrea L. Roberts, PhD, MPH, of Harvard T.H. Chan School of Public Health, assessed the association between PTSD and decline in cognitive function over a 2-year period.

In 2008, supplemental questionnaires regarding trauma exposure and PTSD were sent to 60,804 women who had previously completed the 2007 questionnaire. Among these women, 54,763 had returned the questionnaire.

Following further cognitive assessments, a total of 12,270 trauma-exposed women with a mean age of 61.1 years were enrolled in the current study,

Between March 1, 2008, and February 28, 2010, lifetime trauma exposure and PTSD symptoms were assessed through the lens of exposure to 16 traumatic events including physical assault and natural disaster.

Seven prominent symptoms of PTSD were assessed via the Short Screening Scale for Diagnostic and Statistical Manual of Mental Disorders (Fourth Edition) PTSD, with a score of 4 or higher signaling PTSD cases with sensitivity of 85% and specificity of 93%.

Women were separated into 4 groups including no PTSD symptoms, 1-3 PTSD symptoms, 4-5 PTSD symptoms, and 6-7 PTSD symptoms. Afterward, cognitive function was examined from October 3, 2014, to July 30, 2019, via the Cogstate Brief Battery, which included 4 tasks regarding detection, identification, one card learning, and one back.

A total of 8218 women (67%) reported experiencing PTSD symptoms. Among them, 5058 had 1-3 symptoms, 151 had 4-5 symptoms, and 60 had 6-7 symptoms. Naturally, a higher number of symptoms was associated with worse cognitive trajectories.

"These findings also highlight the importance of PTSD prevention and treatment to ensure heathy cognitive aging and suggest the value of earlier cognitive screening among women with PTSD," the team wrote. 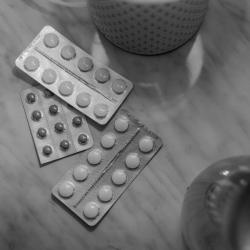 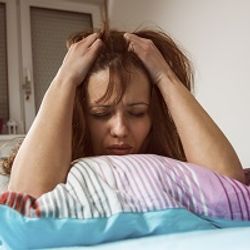