Researchers have called into question patterns of brain activity that have been widely accepted to show pain responses after the team found these patterns in patients who were born without a sense of pain. 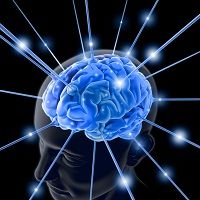 Researchers from University College London and the University of Reading have called into question patterns of brain activity that have been widely accepted to show pain responses after the team found these patterns in patients who were born without a sense of pain.

The study, published in the April 25, 2016 of JAMA Neurology, was funded by the Medical Research Council and European Commission, and works off the foundation that functional imaging provides a correlative picture of brain activity during pain. “A particular set of central nervous system structures (eg, the anterior cingulate cortex, thalamus, and insula) consistently respond to transient nociceptive stimuli causing pain,” wrote the study authors.

“Activation of this so-called pain matrix or pain signature has been related to perceived pain intensity, both within and between individuals, and is now considered a candidate biomarker for pain in medicolegal settings and a tool for drug discovery. The pain-specific interpretation of such functional magnetic resonance imaging (fMRI) responses, although logically flawed, remains pervasive. For example, a 2015 review states that ‘the most likely interpretation of activity in the pain matrix seems to be pain.’ Demonstrating the nonspecificity of the pain matrix requires ruling out the presence of pain when highly salient sensory stimuli are presented.”

In order to test whether this pattern actually represent the sense of pain, the mostly British study team administered noxious mechanical stimuli to study participants with congenital insensitivity to pain and age-matched health volunteers and sampled their brain activity with functional magnetic resonance imaging. Participants were exposed to painful pinprick stimuli while brain activity was measures. Those with congenital insensitivity to pain showed the same pattern of brain activity as the healthy volunteers, calling into question the well-accepted belief that this pattern represents pain.

“Our results suggest that these patterns are not in fact 'pain responses' but responses to attention-grabbing sensory stimuli regardless of whether a person feels pain,” said lead author Tim V. Salomons, PhD, a Lecturer in the School of Psychology and Clinical Language Sciences at the University of Reading. “By testing people with no sense of pain, we can categorically rule out that these are pain-specific responses. These people still retain all other senses including non-painful touch, so the brain activity that has been dubbed the 'pain matrix' is likely to represent these senses rather than actual pain.”

Salomons and colleagues suggested that their findings shine a spotlight on the need to be careful in interpreting associations though to exist between brain activity and human experiences.

“Every science student knows that correlation does not imply causation, and we should not forget this when interpreting brain scans,” said senior author John N. Wood, PhD, a Professor with the Molecular Nociception Group at the Wolfson Institute for Biomedical Research at University College London.

“Although correlations between pain and brain activity have repeatedly been made, a causal relationship between neuronal activity and pain sensation has yet to be established. Just like a sense of beauty or happiness, the precise location of pain sensation in the brain remains elusive for now. It would be therefore misguided to use brain scans to inform diagnosis or drug discovery relating to pain management. In order to understand how our brains give rise to the sense of pain, human brain imaging will need to be supplemented by research in animals where individual cells can be modified and measured,” he said.