Using data from the SEARCH for Diabetes in Youth study, a new analysis suggests rates of type 1 diabetes in youth may increase by 65% between now and 2060, while rates of type 2 diabetes could increase more than 600% during that same period if left unchecked. 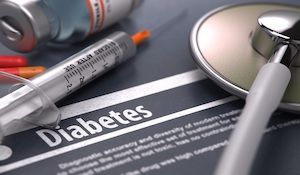 Data from a study projecting the burden of type 1 and type 2 diabetes out to the year 2060 in the US among children and adolescents is painting a grim picture related to the burden these diseases may place on health care systems.

Using data from the SEARCH for Diabetes in Youth study for calendar years 2002-2017, results of the study suggest that, if the current trends in incidence continue, the projected number of youths with type 1 diabetes would increase by 65% by 2060 while the incidence of type 2 diabetes was expected to increase more than 600% in this same time period.

“The number of youths with diabetes is projected to increase substantially, emphasizing the importance of additional research on, and implementation of, primary and secondary preventive interventions,” wrote investigators. “The projected trends indicate a substantial widening of the gap in health disparities in type 2 diabetes prevalence, with the highest estimates for [non-Hispanic Black] youth. If the current trends continue, US health care systems could face an increasing demand of youth-onset diabetes health care services, resulting in increasing health care costs.”

Few conditions have the same level of societal impact as diabetes. With recent data indicating the incidence of both conditions is increasing in the US, a team of investigators sought to project the prevalence and number of youths with diabetes through 2060. With this in mind, investigators designed their study to project the future prevalence of both type 1 and type 2 diabetes using data from the SEARCH for Diabetes in Youth study, which collected data from clinical centers in 6 regions across the US from 2002-2017.

For the purpose of analysis, investigators assessed the prevalence of diabetes based on 2 different scenarios: if the incidence rate observed from 2002-2017 remained constant and if the incidence rate observed between 2002-2017 continued to increase in the same manner from 2017 until 2060. Of note, in 2017, the SEARCH study had identified 7759 participants with type 1 diabetes and 1230 with type 2 diabetes from the 3.6 million youth under surveillance. Investigators pointed out the mean annual number of incident cases identified was 1,100 cases of type 1 diabetes and 300 cases of type 2 diabetes.

When assessing projects assuming increasing trends in incidence observed from 2002-2017 will continue, results indicated the total number of youths with diabetes was projected to increase to 526,000 (95% CI, 335,000 to 893,000), with the total projected number of patients with type 1 diabetes growing to 306,000 while the number of patients with type 2 diabetes increases to 220,000. Investigators pointed out this represents corresponding relative increases of 65% (95% CI, 12 to 158) for type 1 diabetes and 673% (95% CI, 362 to 1341) for type 2 diabetes. Investigators pointed out, for both scenarios, a substantial widening of racial and ethnic disparities in type 2 diabetes prevalence was expected, with greatest prevalence observed among non-Hispanic Black youth.

“Our results suggest a substantial increase in the number of youths with diabetes, indicating an increasing demand for diabetes specialists and care teams to care for children, adolescents, and emerging adults; medical devices; and programs aimed at optimizing glycemic control and preventing complications in future decades,” investigators added.

This study, “Projections of Type 1 and Type 2 Diabetes Burden in the U.S. Population Aged <20 Years Through 2060: The SEARCH for Diabetes in Youth Study,” was published in Diabetes Care.