In the comparison with healthy subjects, the cystic fibrosis patients were found, at baseline, to have significantly higher levels of liver fat and significantly lower levels of choline in their calves. Use of LXS was associated with increased concentrations of choline in the muscles and an improvement of plasma choline status. However, use of the supplement was not associated with any evident changes in safety measures.

Choline depletion is common in cystic fibrosis patients with exocrine pancreatic insufficiency — even those who take enzymes to aid digestion — and often results in abnormalities of both the liver and the muscle as well as abnormal levels of fatty acids.

Previous research indicates that children with cystic fibrosis suffer choline deficiency, at least in part, because they excrete significantly more phosphatidylcholine and lysophosphatidylcholine than healthy subjects. A 2005 study that appeared in The American Journal of Clinical Nutrition, for example, analyzed 5-day food records and fecal samples from 18 children with cystic fibrosis and 8 healthy children.

The new study is not the first to find that supplemental choline can boost choline levels in children with cystic fibrosis. A 2007 study published in The American Journal of Clinical Nutrition found that supplements not only increased levels of choline but also affected concentrations of other compounds in the body. 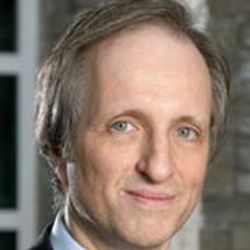 Rishi Kakar, MD: The Promise of LSD as a Psych Treatment