Long-term outcomes in systemic lupus erythematosus have improved over time, but unmet needs include glucorticoid dependency and comorbidity burden. 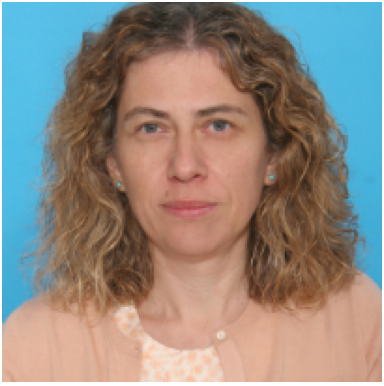 Long-term outcomes in systemic lupus erythematosus (SLE) have improved over time, but unmet needs include glucorticoid dependency and comorbidity burden, according to a review which implicates a number of factors including demographic and socio-economic for the heterogeneity of the clinical presentation.

"Earlier diagnosis and treatment advances have resulted in improved outcomes over the past decades," Arnaud and Tektonidou observed. "However, increased morbidity and mortality risks persist in SLE, indicating that several unmet needs are still present among SLE patients."

The reviewers find persistent disease activity and flares despite progress to date.In addition, they point to the persistence of glucocorticoid treatment dependency, comorbidity burden, reduced health-related quality of life, and inconsistent access to high-quality care.

"Better understanding of SLE pathogenesis, optimization of prevention, a treat-to-target approach and introduction of safe and effective treatments based on better-designed trials and clinical research tools, taking the heterogeneity of the disease into account as well, is crucial for improving outcomes," Arnaud and Tektonidou declared.

The reviewers consider how long-term outcomes with SLE have changed with developments in treatments and health care access. The principal outcomes they consider are long-term remission or recurrent flares, end-stage renal disease, nervous system involvement, and cardiovascular and infections burden.

Arnaud and Tektonidou note that non-white patients with SLE have tended to develop more severe clinical phenotypes and more damage accrual than whites. The reviewers find that socio-economic factors can confound those associations, but that an increased genetic risk burden remains in analysis of population incidence that corrects for these conditions.

"Increased awareness of the above high-risk populations can help to improve long-term outcomes in SLE," the reviewers suggested.

Although lupus nephritis (LN) remains a major cause of morbidity and mortality among patients with SLE, Arnaud and Tektonidou credit use of the histological classification for LN management and prognosis, better understanding of the pathogenetic basis of LN, and advances in immunosuppressive treatments for the substantial improvement of renal survival in SLE over the past 5 decades.

The reviewers note that several recent clinical trials of interventions for LN have failed to meet their primary endpoints. This indicates, they suggested, that not only is there continued need for evaluation of innovative treatments, but that the trial designs must reevaluate patient selection according to clinical phenotypes and biologic markers.

Neuropsychiatric symptoms and involvement of the peripheral as well as central nervous system remain among the most challenging manifestations of SLE, according to the reviewers. Diagnosis has remained elusive, they indicate, essentially obtained through "presumption and exclusion," and often confirmed retrospectively based on response to treatment. This status has not been helped, they point out, by recent clinical trials in SLE excluding patients with severe neuropsychiatric manifestations.

Arnaud and Tektonidou find that there has been a bifurcation in efforts to reduce long-term organ damage in SLE, with some targeting remission while others are directed at maintaining low-disease activity (lupus low disease activity state (LLDAS). Considering clinical trial outcomes, they find that remission is a more beneficial outcome than the LLDAS, although the latter is more likely to be achieved.

In addition to basic and clinical sciences, the reviewers point to the need for increased attention to social factors. They noted for example that poor adherence to therapeutic regimens continues to be common.

"The accurate identification of non-adherence is crucial, as it may help avoid unnecessary treatment escalation," Arnaud and Tektonidou indicated.

They also identify cigarette smoking as a continuing risk factor for SLE, which negatively influences the disease course and response to treatment. Despite this well known association, however, SLE patients rarely report receiving cessation counseling.

Arnaud and Tektonidou conclude that several unmet needs in SLE remain, including a variety of disease-related, treatment, comorbidity and access-to-care factors.

"Despite a substantial improvement in SLE diagnosis and treatment over the years, some long-term outcomes are still not adequately improved," they indicated.

The study, “Long-term outcomes in systemic lupus erythematosus: trends over time and major contributors,” was published online in Rheumatology.