Research has found that the prevalence of hyperuricemia and gout in adult patients with sickle cell disease in France was not a clinical problem..

In 1958, an initial description was published of gouty arthritis occurring in association with sickle cell anemia (SCA), with a higher prevalence of cases being found in women and the young. In addition, since 1968, studies of patients with SCA have shown a high prevalence of hyperuricemia beginning during childhood.

Hyperuricemia has been reported as a common feature of sickle cell disease, occurring in anywhere from 32 to 41% of patients in studies conducted during the 1970s.

Over the ensuing decades, that notion has been widely accepted. But a recent study published in the French journal La Revue de Médecine Interne to assess the prevalence of hyperuricemia and gout in adult patients with sickle cell disease in France found that they were not a clinical problem in that country.

“Nevertheless, our findings indicate that kidney function has to be fully explored if serum uric acid level is elevated or significantly deteriorates during follow-up. Serum uric acid level could be an early marker of renal dysfunction in sickle cell disease patients,” the authors wrote in the study abstract. The research was conducted at L'Hôpital Européen Georges Pompidou in Paris.

For the study, serum and urinary urate concentration, creatininemia, and hemogram were prospectively assessed in all consecutive SCA patients treated in the hospital’s SCA disease center between May 2007 and March 2009. All study subjects were in a clinically steady state and clinical acute gout history was recorded. 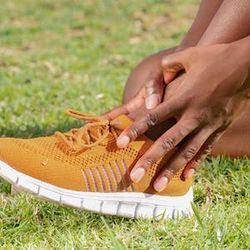