Douglas DiRuggiero, DMSc, PA-C, discusses factors that contribute to switching a patient with plaque psoriasis from a topical to a systemic agent.

Alexa Hetzel, MS, PA-C: So, Douglas, when might treatment be escalated to the use of systemic agents from a topical modality? When do you make that decision in your clinic?

Douglas DiRuggiero, DMSc, PA-C: That question just perfectly dovetails with what you just heard. The question is always, in my mind, why are we not going to a systemic agent? I introduce the systemic option to every patient who comes in even if the disease is so mild that it just warrants using a topical medication. I’m already planting seeds to let them know that this is a systemic disease, that we’re seeing manifestations on this, but this inflammation that you’re seeing on the surface is impacting other areas of your body. Often, I believe, that the best way to treat a systemic disease is with a systemic therapy. So I’m introducing the idea of these medications on a regular basis right up front. Planting seeds so that they know.

I find that most people in my practice are paying $50 to $75 co-pays to see a specialist and that they’re not walking in the door, taking time off of work, or taking their child out of school to show that they have disease that doesn’t impact their life. “I decided to pay $75 to show you that I have 1 tiny little plaque on my knee. What do you think I should do?” No, they’re coming in because the disease is impacting their life in some significant way. That significant way can be because they have extensive body surface area [BSA] or that significant way can be what Andrea mentioned, which is that it is in highly sensitive areas.

What we’ve all been saying to each other is that it’s nice to have some actual backing from an organization or from a group that we can confront the insurance payers with this. That backing most convincingly came in 2019 when the International Psoriasis Council, the IPC, which has been around since 2004, printed a consensus statement in 2019 in the JAAD [Journal of the American Academy of Dermatology]. This is a group made up of about 130 dermatologists, scientists, and researchers from 35 different countries. In their consensus statement, they basically said that the time to switch from topicals to systemic medications is when either the patient’s psoriasis is severe by traditional definition, greater than 10% of body surface area, or when their psoriasis lesions are in a sensitive area, no matter what the BSA is. Andrea and Darren already mentioned that. It’s the top of the scalp, in the genitals, on the face, under the breast, something that it can be a much lower BSA but with a much higher impact. Or lastly, when the topical therapies have been used for an adequate length of time, which they say is up to 90 days, and they’re failing.

So now we have a consensus paper that’s out there that doesn’t define severity based on study parameters with PASI [Psoriasis Area and Severity Index] and IGA [Investigator’s Global Assessment Scale] scores, which are valid subjective measures. We now have a consensus paper out that is agreed upon by the AAD [American Academy of Dermatology] and agreed upon now by the NPF [National Psoriasis Foundation] that says we’re not going to go with subjective measures. You can still go with subjective measures greater than 10% severe or between 3% and 10% as moderate, but now we’re saying we’ve got some weight behind us to say if it’s impacting quality of life, either through sensitive areas, other parameters that have a mental load, or the topical therapies have failed, then it is justifiable to move directly into systemic therapies and start that conversation.

Additionally, patients don’t know how good they could have it, as Darren said. It’s as if you talked to somebody when they completed the Transcontinental Railroad connecting the East Coast and the West Coast. You could have told somebody: If you want to walk to California and get there in 5 months or a year, go for it, or you can get on a train and be there in 3 days. Now we can get on a plane and be there in 3 hours. Patients may… say they didn’t realize they could get on a train and be there that fast.

Sometimes they just don’t know. They come in resistant, but when you talk to them about clearance rates, improvement in itch, and improvement in quality of life, they’ll suddenly say, “Tell me more about these. Are these safe?” Yes. Let’s go through and talk about this, talk about your past medical history like I alluded to earlier.

So sometimes patients just need to be led to the water, no twisting of arms, but need to have that seed planted—and sometimes that seed needs to be fertilized on further visits. Sometimes it’s progressive revelation. Let me introduce this idea to you, read about these things, take some brochures, talk to a spouse, talk to a parent, talk to yourself, and then come back because I really think you need to consider being on these therapies because I’ve seen them change so many other people’s lives and I know they have the potential to do that for you. 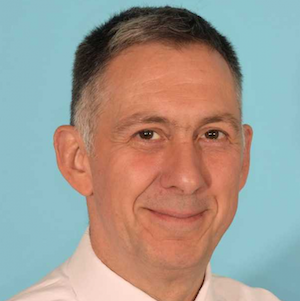